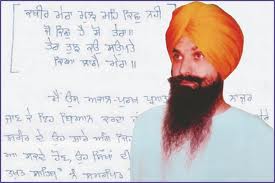 The verdict also paves the way for the Punjab Government to reconsider shifting Rajoana out of the state as the only case against him in Patiala had reached its conclusion. Rajoana was shifted to Patiala from the Burail Jail in Chandigarh due to security reasons.

Sources said a decision in this regard would be taken shortly by the Chief Minister. The threat of riots had become imminent when Rajoana’s execution was ordered by a Chandigarh court recently. However, the Patiala Jail Superintendent had refused to execute the orders. “We are yet to decide on shifting him outside Punjab,” they said.

A senior Jail Department official said, “We will be in a position to comment on shifting Rajoana only after Monday when his total sentence is calculated and legal experts are consulted.”

Earlier in the day, the court of the Additional District Judge sentenced Rajoana to jail for two-and-a-half years and also imposed a fine of Rs 1,000 on him. The court was turned into a fortress for teh hearing. The police had arrested Rajoana with a gun and 50 live bullets. He has already been sentenced to 10 years imprisonment in an Explosives Act case. On March 28, 2012, the Union Home Ministry stayed his execution following clemency appeals filed by the Shiromani Gurdwara Parbandhak Committee in the assassination case of former Chief Minister Beant Singh.