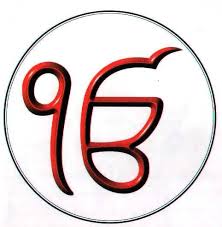 India: When I cast my look around, I see none other. He pervades all places, and abides in all hearts”, says Guru Nanak. The whole universe is a manifestation of His divine power — He, the only Truth; He the only reality; He the One and no other is the main theme in the hymns of Guru Nanak, especially the mul mantra. The mul mantra — “Ik onkar satnam karta purakh nirbhau nirvair akal murat ajuni saibhan gurparsad” — sums up the characteristics of the Supreme Being and in a way presents the Sikh philosophy as well.

The mul mantra contains the opening lines of the Guru Granth Sahib and forms the primary belief of the Sikh faith. It is about the all-pervasive Almighty who is “all in all”. This affirmation of reality gets reflected in the mul mantra.
Ik-Onkar: Guru Nanak emphasises on the Oneness of God. The Supreme Being is “ikk” (one), without any equal. He is “Onkar”, the Absolute creator of the whole world.

Satnam: He is the eternal truth. He is the ultimate reality.
Karta-Purakh: He is the Creator and the only force in the cosmos.
Nirbhau: He is fearless.
Nirvair: He is without enmity.
Akal-Murat: He is timeless and formless. He pervades in every time and in each space.
Ajuni-Saibhan: He is Unborn — ajuni — free from the cycle of birth and death. He is self-existent — saibhan — He manifests Himself only as a result of His own will.
Gurparsad: He can be realised only through the grace of the Guru (in the form of shabad, that is, Gurbani).
This mul mantra is like invoking divine bliss. Bhai Gurdas says, “Sati nam karta purakh mul mantra simran parvanai” (Let the devotees put faith in the mul mantra, which enunciates sati nam karta purakh.)

The mul mantra is like the gayatri mantra of the Hindus and kalima of the Muslims, but it has never been kept as a secret. It is not hidden. It is open to all. Guru Nanak says that spiritual illumination is open to one and all: “The learned and the illiterate can attain the highest spiritual stage”. Mul mantra, a part of Japji Sahib, is the fundamental philosophy of Sikh faith. Guru Nanak says, “Mul mantru hari namu resanu (devotion to God’s name, the basic creed of all, is the elixir of immortality).”