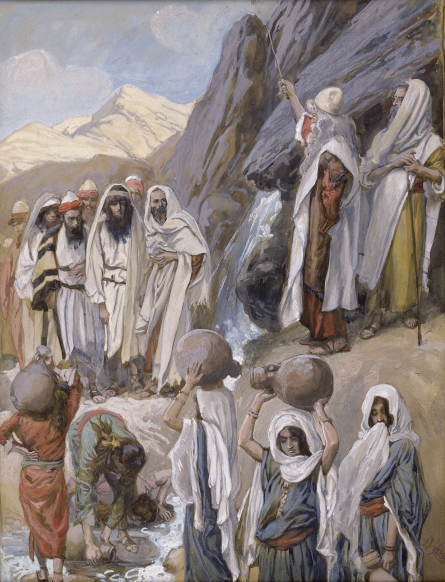 Comments Off on How Adversity Breeds Resilience 485 Views

Every life has trying times that we would like to sidestep. But they are inevitable and there is no running away from them. But adversity may, in fact, be necessary to a purpose-driven productive life.

Guru Granth, the Sikh scripture, clearly points to it “Dukh daroo sukh roag bhaya” (p 469), meaning that comfort and pleasure are the disease, suffering is the cure. We need to embrace the slings and arrows of outrageous fortune by seeing comfort and pain as two robes in the wardrobe that we wear interchangeably (“Sukh dukh doey dar kapray pehray aye manukh” p 149). And finally that a liberated person remains unaffected by pleasure or pain, and treats alike both friend and foe (“Harakh soag jaa kay nahi(n) baery meet samaan” p 1427). Seems like what the stoics proclaim, doesn’t it?

I often think that a lesson is wasted if it does not make students a trifle uncomfortable. No growth comes without discomfort, some blood sweat and tears – ‘no pain, no gain’ as a trite cliché holds. Shakespeare, too, affirmed, “Sweet are the uses of adversity which, like the toad, ugly and venomous, wears yet a precious jewel in his head.”

Let’s mine this attitude for its meaning from a different direction.

A recent meeting with Jewish community leaders and a lively conversation on Jewish/Sikh existence in our global reality today triggered the reflections that follow.

Jews have been phenomenally successful in the world. Starting as a nation without borders over 2000 years ago, they have transformed themselves and the world around them, while creating a homeland. They have paid a heavy price along the way.

The Exodus marked their emancipation from Egyptian slavery. Then, the people of Israel survived in the Sinai desert for forty years and received the Ten Commandments. Thus emerged Judaism, the first Abrahamic religion, its offspring being Christianity and Islam centuries later.

I won’t revisit chapter and verse of Jewish history — Babylonian captivity and exile, when they were sold as slaves or the Spanish Inquisition. The wandering and the ghettos in every corner of the globe, the holocaust that cost at least two generations, the loss of language and traditions – and yet, they held on to their Jewishness. There were many divisions and at times some Jews collaborated with sworn enemies, even the Nazis. The Roman Catholic Church formally forgave them for killing Jesus only in the year 2011, as if they still needed it.

Their homeland, Israel, remains under siege. Until the 1950’s pockets in affluent New Jersey actively discouraged Jews from joining certain clubs or buying houses in some enclaves. American medical schools rarely admitted a Jew, no matter how well qualified, until the Second World War ended.

Are their battles now over? Hardly! Anti-Semitism still exists.

Not so long ago the New York Times reported a little factoid that spun my overheated brain into overdrive. According to the Times “In 2010” Mohammed Morsi hyperventilating in a speech said that “Jews were descended from apes and pigs.” A year later Morsi was the President of Egypt. (He was recently dethroned but the situation remains fluid.)

Was he indulging a hitherto unsuspected sense of humor? Science has no problem with the ape-human connection but if seen from the apes’ point view the human journey is most likely a descent and not evolution to a better place.

But that’s not the point today.

On Sikh Internet sites we often see challenging posts on the Jews’ successful narrative — usually contrasted with that of the Sikh community.

For instance, the Nobel Prize has been awarded annually since 1901for significant achievement in Physics, Chemistry, Physiology, Medicine, Literature and Peace, with a comparable prize in Economics.

Jews have won the Nobel in every category, and many of the recipients had personally experienced anti-Semitism.

A glorious record worth celebrating wouldn’t you say?

Many Sikh readers see this record, compare it with the rest of the world – particularly to that of Sikhs — and promptly dub the Jews a super-intelligent race.

And I wonder. I would say the evidence of achievement is obvious; the inference hopelessly flawed.

This essay is not an exhaustive analysis of Jewish success but I will cherry pick the evidence to suit my biases.

Look at the Arab Muslims and the Jews. The Jews started from the same part of the world but there is no question that they are now at a very different place in their journey than their Arab brethren. The Arabs who once made serious contributions to mathematics and science – the word “Algebra” is of Arab derivation – seem to have regressed; their world lies aflame.

It is not that the Jewish DNA is coded for genius and the Arab DNA for self-inflicted damage. Basic biology tells me that talent is randomly distributed in all societies and peoples – across lines of race, caste, creed, color, nationality, gender and tribe. Both Jews and Arab Muslims trace their lineage to Abraham, from the same chapter in the Old Testament.

Their DNA is not qualitatively different.

Basic biology also tells me that not all genes express themselves fully or at the same time. Gene expression finally depends on a complex interaction of nature and nurture – in the critical crucible is the gene and its environment.

My question is: What exactly pushed the Jews forward in their superlative achievements?

The Jews are a minority as they have always been. Think about the Exodus and the critical 2000 years in the Diaspora. Jews traveled across the world. They took their culture and religion around the globe with them. This minority interacted with all mankind in all its variety — different religions, cultures, music, cuisine, wisdom and inanity in all shades. There was an enforced interaction with the people of the world. And Jews discovered the commonality of humankind at the core – the desires, needs, wants, talents, foolishness, cruelty and kindness that form us all.

This experience guaranteed awareness of the self and of others.

Judaism confined to the four walls of the synagogue might have remained a closed system but, when thrust into the wonder world outside, it came to value interaction with others — neighbors of a different ilk. In the process the Jews became the liberal voice of mankind that is most clearly seen in the Eastern Establishment in the United States.

This is how the social intelligence of the Jews and their social capital increased exponentially.

I know that painful history of a people is hardly a matter for celebration but it created a far better educational experience for the Jews and a far, far better Jewish reality today.

My thoughts went to this while contemplating our Sikh existence today, and through history. Two ideas come to mind: One is the biological dictum of the vigor that emerges from hybridization. In human history there has been no better laboratory for mongrelization and genetic hybridization except perhaps Punjab, the Baltics or North America.

The second, truth is the reality of Sikhism and where it all began — the Punjab where Sikhism arose.

For centuries India faced untold yearly invasions. Until the Europeans came in large numbers by sea in the 17th century, traders and invaders came via a tricky land route through the historic Khyber Pass and into Punjab — to perish, stay or plunder and return. It was like a rite of passage for budding conquerors or tyrants. Periods of peace were rare and short. This is how the Caucasians came, as did Marco Polo, the hordes of Alexander the Great and the Greeks, Mongols, Mughals, Persians, Arabs and assorted peoples.

India was a different country then. It was easy pickings for the plunderers. The Indians fought the invaders not at all or weakly – mostly they laid down their arms and resorted to prayers.

Between the 16th and early 18th centuries, the Guru-Founders of Sikhism transformed Punjabis into a people who were willing to lay their head on the line. Sikhs are a minority wherever they live and are destined to remain one. It was the same Punjab and the same Punjabis with the same DNA that had repeatedly submitted so willingly earlier.

The transformation took better than 200 years.

Sikhs success was dramatic. Their enemies sang of their valor as did the British who later conquered India. Sikhs came to be described by academicians as a “martial race,” and are still thought of in the same terms. Many encyclopedias and dictionaries still classify Sikhs as such.

But this inaccurate, though flattering, label does not do us justice and is misleading.

Anthropologically and genetically Sikhs are not a different race; to label us so is scientific nonsense. Our DNA is the same as that of the other people of Punjab – who for centuries laid down their arms when facing a determined foe. That’s why I started with the Jewish-Arab relationship and their common DNA.

We know that the Guru-Founders of Sikhism traveled to the far corners of the known world. Their message was unique, universal, timeless and for the thinking person.

But it is also true that political and social realities of India kept the message largely circumscribed to Punjab and India until well into the 20th century. It didn’t travel out into the world whereas the Exodus took the Jews and their message out into the wider world long ago.

Yes, we Sikhs have been in North America for over a century but our communities here really date from only the last 50 years, if that. Sikhs are the new kids on the block.

We are still building institutions to serve us and hoping that in time they will carry the message beyond the four walls of our places of worship. The walls may be protecting us today but they are not helping us in the long journey forward. I have no doubt that Sikhs in the Diaspora and their counterparts in India are on a divergent path; they will only grow further apart with time.

To my mind his words echo the benefits of the Exodus and the diaspora.

Previous: Thomas Bernhard in New Delhi
Next: How do we explain 1984 Sikh genocide, Khaira asks Tewari