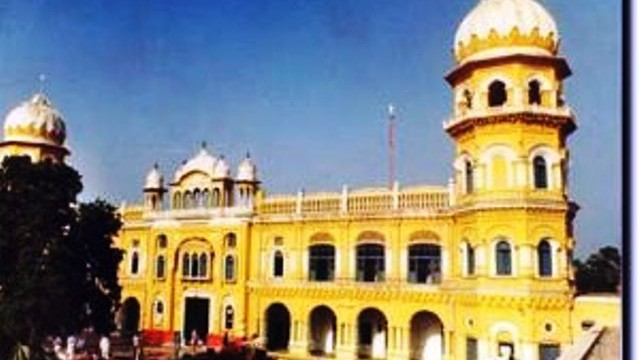 Chandigarh, Punjab: Sikh worshippers would now be able to pay obeisance to more than 240-yearold 15 sacred relics of Guru Gobind Singh, Guru Hargobind and Guru Teg Bahadur as the Punjab and Haryana high court has directed the Punjab government to ensure public display of these relics at a suitable place/ gurdwara at Nabha in Patiala district within a month.

Of the 15 relics, eight are as of now available in Nabha. Tikka Hanumant Singh, chairman of the Maharaja Partap Singh Trust, Nabha, had given an undertaking before the court to part with seven more relics which are in his custody.

The Nabha Public Society, Dashmesh Nagar, had approached the high court seeking directions to the authorities to display sacred relics of Guru Gobind Singh and other gurus at Hira Mahal, Nabha, where the same had been kept for the past more than 240 years and are now kept locked at Quila Mubarak, Patiala.

The petitioner society had also sought directions to the authorities to restrain them from transferring sacred relics of gurus to Takht Kesgarh Sahib at Anandpur Sahib or any other place.

When the petitioner society gave the option of keeping the relics even at Gurdwara Dera Baba Ajaypal Singh or Gurdwara Sangat Sar in Nabha, the court directed the state government to also consider these places while taking a decision.

After the battle of Bhagani, Guru Gobind Singh bestowed his turban, comb with hair and a sword with a hukamnama (edict) to Fakir Budhu Shah. These were later transferred to the Maharaja of Nabha and kept along with Guru Granth Sahib at Hira Mahal for public display for worshippers.

It was infor med that the Maharaja had created an educational trust, Maharaja Partap Singh Trust, wherein the Hira Mahal building, which was his private property, was given in possession to the Punjab Public School Nabha Society for educational causes in 1994, without any monetary benefits.

However, it had been alleged that out of greed for commercialisation, Tikka Hanumant Singh had taken the sacred relics, heirlooms and other sacred writings to his own residence in New Delhi and kept them locked.

It was only when a case was filed in the HC in 2008 that on the court’s direction, some of the sacred items were brought from Delhi and were kept locked at Quila Mubarak in Patiala.