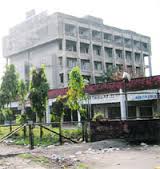 Chandigarh: The Punjab and Haryana High Court today set a two-month deadline for the Amritsar Municipal Commissioner and Town Planner to act against illegal hotels and guesthouses in the city.

The development is significant as 148 illegal constructions have so far been identified. Present in the courtroom, Amritsar Municipal Commissioner DPS Kharbanda told the court that notices had already been issued to the violators under Section 269 (1) of the Punjab Municipal Act, 1976.

Taking up the matter, the Division Bench of Chief Justice Sanjay Kishan Kaul and Justice Augustine George Masih observed that illegal hotels and guesthouses in Amritsar were an impediment to the Galiara project near the Golden Temple. The Bench called for an action taken report by February 3 next year.

Already, Prime Minister Manmohan Singh has announced a package for the development of the holy city. This includes the release of Rs 70-crore grant to beautify the surroundings of the Golden Temple under the Galiara project.

During the hearing of a public interest litigation against illegal constructions around the Golden Temple, an additional affidavit filed by Amritsar Municipal Commissioner Senior Town Planner Hemant Batra was placed before the Bench.

The affidavit stated that teams, headed by three surveyors, had been deputed for physical verification and compilation of reports after going through the site plan of the buildings concerned. The teams had inspected every hotel before the submission of reports. A compilation of the reports revealed fresh construction in 31 buildings for setting up hotel, guest house, sarai and commercial shops.

The High Court had last month directed the Punjab Government and the Amritsar Municipal Corporation to submit a report on action taken against officials responsible for allowing hotels and guesthouses to come up on the periphery of the Galiara project and for delaying action against such hotels in violation of municipal building bylaws.

A public interest litigation in the regard has been filed by Sarbjit Singh.

Officials guilty:
Three assistant town planners have been charge-sheeted for allowing encroachment. Information to this effect was furnished before the Punjab and Haryana High Court by Amritsar’s Senior Town Planner