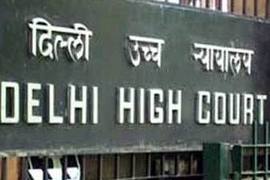 A bench of chief justice NV Ramana and justice Pradeep Nandrajog asked petitioner’s counsel HS Phoolka to approach the DLSA secretary, the nodal officer appointed by the high court earlier in a similar matter, till the enactment of the new legislation on the issue, on September 24.

The bench had earlier sought the CBI’s status report on a PIL filed by November 1984 Carnage Justice Committee for a direction to the Delhi and Punjab governments to provide security to witnesses during the pendency of cases before the trial court.

Citing a list of witnesses in two genocide cases, the PIL said “despite various judgments and orders passed by various courts, including the high court, and the apex court to the effect that the witnesses should not be allowed to come under pressure of the accused and that it is the duty of the government to provide adequate protection to the witnesses, the respondents have failed to abide by the same.”

According to the plea, the witnesses are not only scared but also under constant threat to their life and would lose their odd jobs.

As per the PIL, the Punjab government had earlier provided security to the witnesses on the CBI’s request in the cases, but later it was withdrawn.

The plea said that on the plea of witnesses, the trial court had in July directed the investigating officer (IO) to provide his phone number to the witnesses but not directed the government to provide security to them.

For mer Delhi MP Sajjan Kumar, along with five others Balwan Khokkar, Kishan Khokkar, Mahender Yadav, Girdhari Lal and Captain Bhagmal are facing trial for allegedly inciting a mob against the Sikh community in Delhi Cantonment area here.
The case relates to anti-Sikh genocide that had broken out after the assassination of then PM Indira Gandhi on October 31, 1984.

Previous: Houses with liquor bars can’t have Guru Granth Sahib: Akal Takht
Next: Amnesty to Kashmiris, why none for Sikhs: DSGMC