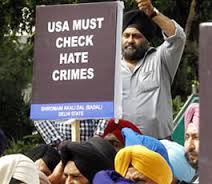 Comments Off on Hate crime against US Sikh: man pleads guilty 161 Views

Washington, USA: A US national has pleaded guilty to the charge of hate crime against a 50-year old Sikh taxi driver in the state of Washington, the US justice department has announced.

Jamie Larson, 49, faces imprisonment up to 10 years for the racially-motivated assault. Sentencing is scheduled for November 5.

The indictment alleges that Larson assaulted the victim on October 17, 2012. He was arrested at the scene of the crime after a witness called the emergency helpline.

According to the documents filed in court, the victim was called to drive Larson to Federal Way. When the taxi arrived at the destination, Larson got out and attacked the driver, grabbing his beard, pulling him to the ground, punching and stomping on his head and body.

“Larson uttered racial slurs and insults about the victim’s perceived ancestry during the attack. The victim damaged his back, shoulder and kidney. He was hospitalised for more than a week and has undergone lengthy physical therapy,” federal prosecutors said.

“This case is a testament to the justice department’s dedication to vigorously investigate and prosecute all racially -motivated attacks,” said Roy L Austin, deputy assistant attorney general for the civil rights division.

“It is unacceptable that violent acts of hate committed because of someone’s race and ethnicity continue to occur, and the department will continue to use every available tool to identify and prosecute hate crimes whenever and wherever they occur,” Austin said.

Previous: Fanatic Cult Dera followers causing panic and chaos in Punjab
Next: Sikhs for Justice offer $10,000 for anyone who can serve lawsuit on Indian official 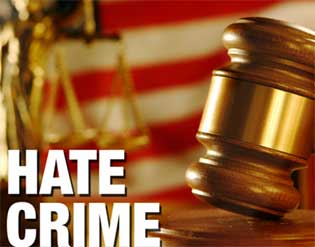