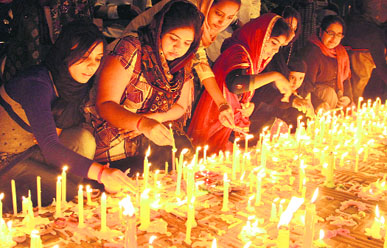 Gurpurb celebrated with fervour in city

Comments Off on Gurpurb celebrated with fervour in city 620 Views

Jalandhar, Punjab: That the Gurus’ message still reverberates in homes and scriptures are read with respect by the big and small in many Sikh families – even in this age of technology invasion and myriad computer-borne distractions – brings a calming effect for those who know the importance of an existence rooted in faith.

As the city sparkled with festivities and lights and thousands partook of langar in gurdwaras on the occasion of Gurpurb on Sunday, Jalandhar Tribune caught up with some families for whom the spiritual message of the Gurus and the sense of purpose to pass on the message to the next generation, holds prime importance.

Activist Amarjit Singh Anand worries that things have seen a major change from the time he was grasping the scriptures as a child to the present times, where many children are oblivious of the message.

“Guru Nanak Dev passed on a universal message of righteousness and oneness of beings, devoid of their caste, creed and colour. It is a message that propagates peace. However, many in the present generation are getting distanced from the scriptures and falling prey to money-driven pursuits, which is bothersome. During Gurpurb celebrations, what is most important is to bear in mind is that without the spiritual aspect, the celebrations aren’t complete. When we slept at night, our mother used to read us ‘sakhis’. But the same is not being done by present generation parents,” he says.

In his own family, however, the custom is still followed. “On Gurpurb, we start the day with the ‘Panj Bani Paath’, followed by meditation and then a visit to the gurdwara. In the evening, the ‘paath’ of ‘rehraas’ is recited and before we sleep, ‘kirtan sohelas’ are recited.”

While greetings to relatives and ‘deepmala’ in the evening are also essential part of their Gurpurb routine, religious lessons are deemed very important.

In the Sondh family as well, the tradition of reciting the scriptures is followed enthusiastically.

Manpreet Sondh says her husband, two daughters and their children are part of the ‘paaths’ and recitations which begin weeks prior to the festival itself.

“I do not believe that the way of celebrating Gurpurb has changed much overtime. My children energetically participate in reciting scriptures. They like it a lot. For all Gurus’ birth anniversary, we set an aim of reciting a certain number of ‘paaths’ within a certain time and those targets are religiously adhered to.”

“Like this Gurpurb, we had to recite ‘Japu Ji Sahib Path’ 50 times collectively until the day of Gurpurb. So we started days prior to the festival and the entire family joined in the exercise together,” adds Sondh whose husband and a daughter are chartered accountants. “Of course, the afternoon langar, ‘deepmala’ at night and lighting of crackers as well are important aspects of the festival that we enjoy together,” she quips.

Previous: Shocked To See Attempt To Ban Turban In Quebec
Next: Rein in SAD leaders: Congress to Akal Takht 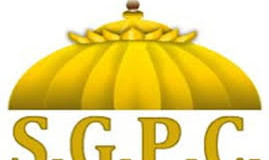