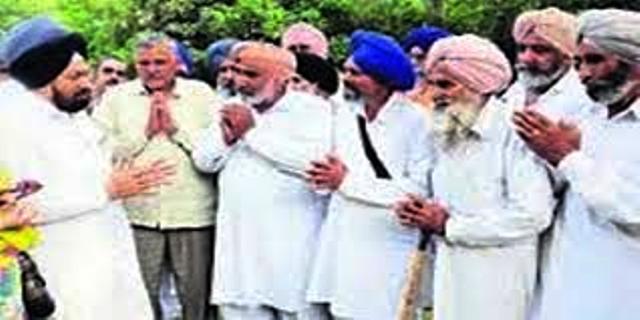 Chandigarh: The Narendra Modi Government has decided to defreeze the land of 52 Sikh farmers in the Kutch region, say sources. In all, the fate of 800 farmers from Punjab and Haryana settled in Kutch since 1965 has been in the balance after Gujarat froze their land ownership on technical grounds. The matter is in the Supreme Court. The state government had in 2012 challenged the Gujarat High Court verdict favouring the farmers.

The affected farmers are not pleased with the development. They insist that the Gujarat High Court verdict be honoured and the Modi Government withdraws case from the Supreme Court.

“We cannot defreeze the land of other claimants as they are not farmers or Santhani land-holders as per official records,” Kutch Collector was quoted as saying.

In 2010, the Gujarat Government froze the land-holdings of 1,000 farmers under the Bombay Tenancy and Agricultural Lands Act, 1948, which bans the sale of agriculture land in Gujarat to people who are not traditional agriculturists. The SAD Government has been under attack for “failure” to protect the interests of Gujarat farmers. The Sikh farmers had approached the Punjab Government and other political parties for help. In Delhi, they had taken shelter in a gurdwara, asking the DSGMC to take up their cause.