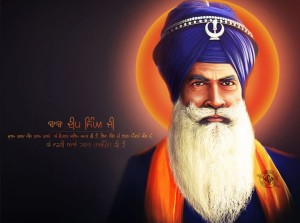 Amritsar, Punjab: Religious programmes to mark the death anniversary of Baba Deep Singh were held in the holy city.

The Gurdwara Baba Deep Singh Shahid was decorated beautifully on the occasion and fireworks were performed at night.

Jaswant Singh, Former granthi at the Golden Temple, presented katha over the Mukh Vak released by the Harmandar Sahib and narrated the life and sacrifice of Baba Deep Singh for the sangat which had gathered in large numbers.

A nagar kirtan team arrived today after covering the entire distance on foot. Members of the nagar kirtan group had started the journey from Talwandi Sabo on November 9. Bhai Santokh Singh brought a pitcher of water from Amrit Sarovar of the Golden Temple in early morning and mixed it with milk.