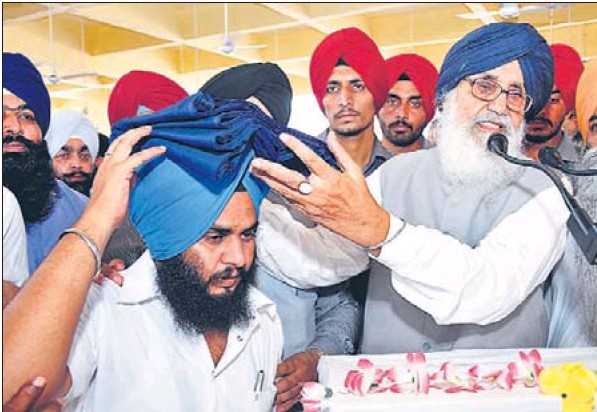 Sources in the Shiromani Gurdwara Parbandhak Committee (SGPC) say that it’s almost final who would hold the coveted Sikh religious post that has fallen vacant after the death of Giani Tarlochan Singh. “The decision on the new jathedar will be taken at the SGPC executive committee meeting coming up at Gurdwara Katana Sahib on August 15,” SGPC president Avtar Singh Makkar said on Saturday.

Meanwhile, Shiromani Akali Dal (Amritsar) president Simranjit Singh Mann has demanded that the jathedar be appointed from among former SGPC president Kirpal Singh Badungar, Baba Sarabjot Singh Bedi and Bhai Ashok Singh Bagria, as they were “most suitable for holding the post”.

Heads of many religious sects and social and political organisations participated in the memorial service. Paying floral tributes to Giani Tarlochan Singh, Punjab chief minister Parkash Singh Badal described him a great personality and an eminent Sikh scholar who had propagated the tenets of Sikhism worldwide through discourses.

“Gianiji’s services for the well- being of Sikhism will always be the guiding light to inspire humanity,” said Badal. “His campaign against drug addiction, female foeticide and environmental pollution will be remembered,” he added.