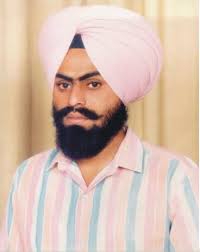 New Delhi: In a top level inter action with india, the German government said it would not have deported death row convict Devinderpal Singh Bhullar from Frankfurt in 1995 if it knew that death penalty was on the table it has now emerged.

According to official information released by the Rashtrapati Bhawan under the Right To information Act, the president of germany wrote to then indian President Pratibha Pratil expressing regret at Bhullar’s impending hanging after the plea for presidential mercy was rejected.

Germany had appealed to Patil “to ensure that the death penalty was not carried out”, and the name of its those who had filed mercy petitions on BHullar’s behalf.

“The German President stated that they deported Bhullar since they were unaware that he might face execution/death penalty in india, contrary to German legal positions and practice,”states the official file noting provided to RTI acrivist Subhash chandra Agrawal.

“The German President wrote that his counrty and the European Union advocates worldwide abolition of the death penalty.” the document states.

Bhullar was arrested at frankfurt airport in 1995 on charges of travelling on a fake passport and was deported back to india. A local Frankfurt court had declared his deportation illegal in 1997.

Previous: Event leads to tension in Bhullar’s native village
Next: SAD launches campaign to save Bhullar from gallows