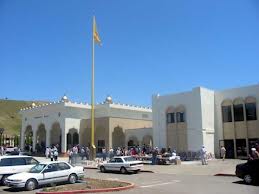 Fremont, California: Plans to significantly expand the Sikh Gurdwara in the Niles district have cleared a major hurdle, though requirements set by city officials to fix recurring problems there still might trip the plan up.

The Planning Commission has approved the new construction, after temple leaders agreed to more than 50 conditions — such as applying for a special events permit for major holidays — to address neighbors’ concerns about traffic, noise and parking.

The seven-member commission Thursday also made several amendments to the plan to increase the footprint of the temple — known as the Fremont Gurdwara. Those changes included requiring gurdwara leaders to meet twice a year with residents and to return to the Planning Commission to review their progress.

If expansion opponents do not appeal the commission’s unanimous vote by March 11, plans to expand the 4-acre compound’s facilities will move forward, said Wayne Morris, Fremont’s principal planner. An appeal would send the issue to the City Council for consideration by early May, at the latest, Morris said.

The proposal calls for the temple to grow from 28,074 to 41,740 square feet, a nearly 50 percent increase. While the prayer hall will be spared, all other facilities — including the kitchen, dining hall, priests’ quarters, administrative offices and Sunday school classrooms would be demolished and rebuilt on a bigger scale, city officials said.

The parking lot — which has 335 spaces — will be redesigned but stay about the same size. A third driveway will be added to the parking lot, but only to improve traffic flow by allowing vehicles to exit on nearby Grau Drive.

Commissioners passed a second motion Thursday — by a 5-2 margin — to remove a condition that called for the installation of security cameras in the temple’s parking lot. The condition also would have required gurdwara officials to keep surveillance video for at least two weeks and make it available to police upon request.

Bonaccorsi said he voted to eliminate that condition because security cameras “raised a significant First Amendment issue and would be an undue interference of the free exercise of religion and the right of free assembly.” Noting that no other Fremont church is required to have surveillance cameras, he added: “There is a privileged status that houses of worship have under the First Amendment.”

Dirk Lorenz, who joined Rick Jones in casting the dissenting votes, said he supports the cameras because it’s in the best interest of public safety.

“I’m not a Big Brother type of person, but I think the scope was limited to the parking lot and did not infringe on the religious function of the temple,” Lorenz said. “Just because the gurdwara, perhaps, would have been the first to have cameras doesn’t mean that a Catholic or Presbyterian church will not get them in the future.”

2013-03-05
Guest Writer
Previous: UT Sikh Students Association holds first Desi Culture Night for South Asian cultures
Next: Who began the violence? The how and why of partition