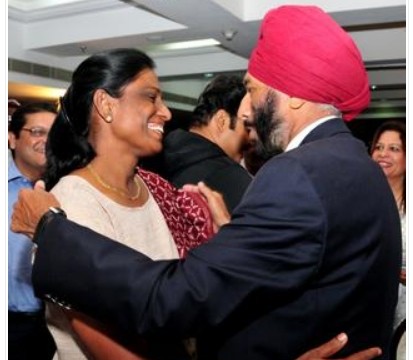 Flying Sikh spells out success mantra in language of the heart

Chandigarh, Punjab: Legendary Indian athlete Milkha Singh, the Flying Sikh as he is more popularly known for his tearing speed that set the track ablaze, always had a level of determination and set of principles that set him apart from the pack.

On the track he was determined to run fast and make the country proud, while giving interviews to the media off the track he always stuck to the principle of speaking in Hindi, the country’s official language. “I had run 80 international events and had given interviews only in Hindi after each of those events. I know you don’t understand it, but I am going to speak in Hindi,” said Mr. Singh with his innate charm amidst laughter. But it didn’t matter. For, the legend delivered an inspirational talk in the language of the heart.

He had only one message to the children pursuing sports: “Don’t sell your country’s pride for a few bucks.”

Ever since the Bollywood movie Bhaag Milkha Bhaag based on his life story was released earlier this year, he gets around 400 letters a day inviting him to grace functions. It’s impossible to honour those invitations because at 85 he has got an aching back and fading eye sight to cope with.

But he couldn’t resist the invitation to visit the State after 20 years as the brand ambassador of the first ever Cochin International Half Marathon to be held next month and shoot for its promotional video.

“I have come to Kerala because of the respect I have for this State, which I count as the number one State in the country. Because you have produced children like P.T. Usha, M.D. Valsamma, and Shiny Wilson who have done the country proud in the Asian Games and Commonwealth Games. No one else could do what P.T. Usha has done for this country,” said Mr. Singh.

He then came up with an Urdu couplet to explain what it takes to conquer perfection. Haath ki lakeeron se zindagi nahin banti. Azm hamara bhi kuch hissa hai zindagi banaane mein. ‘One’s destiny does not hang on the lines on the palm alone. With will power, hard work, discipline and character one can touch the sky,’ Mr. Singh said.

“The exploits of the likes of Dhyan Chand, P.T. Usha and Milkha Singh cannot be deleted from history. Respect for the country should come first and money only after that,” he said.

“Gold slipped from my hand at the Rome Olympics and then from P.T. Usha at the Los Angeles Olympics. But it is my dream to see a boy or girl from India winning gold in the Olympics before my death. It will make the country proud and will tell the world that an Indian can also achieve such feats,” Mr. Singh said.

He had an advice for parents who want to see their children succeed. “If you want to make your children a successful doctor, engineer or a sportsperson then you will have to put in double the hard work than that of your children,” Milkha said.

The legend then drew from his own experience as a parent, admitting that he and his wife never wanted their son Jeev Milkha Singh to take up golf.

“But when my son insisted on pursuing golf I saw to it that he practised five hours a day hitting countless balls. There were times when his hands bled, but I told him that if he wants to pursue the sport then he should master it. He later won four European titles and won the Padma Shri. Ours is the first family to have two Padma Shris,” said a proud Mr. Singh, who bagged the honour after winning a gold medal at the Commonwealth Games in 1958. 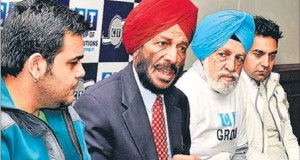 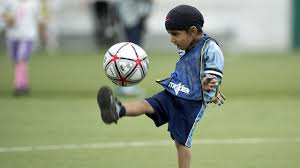