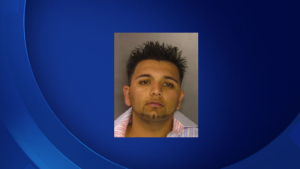 Sacramento, California, US:  A man wanted for a deadly 2008 shooting at the Sacramento Sikh Society Sports Complex has been arrested in India, the FBI announced.

On Friday, 28-year-old Amandeep Singh Dhami was arrested by Indian authorities in Jalandhar, Punjab, on local charges. He will be returned to the U.S. to face homicide charges related to the Aug. 31, 2008 shooting of Parmjit Pamma Singh.

Dhami managed to successfully flee the grounds but Gosal was captured and held by spectators until Sacramento sheriff’s deputies arrived.

A fugitive poster of Dhami has appeared on the Sacramento FBI’s website since 2008, but was only recently translated into Punjabi and redistributed internationally.

“We all hope that Dhami’s eventual return for prosecution may offer some closure and peace for the Singh family, the Sacramento Sikh Society, and the festival attendees who were so traumatized by the shooting,” said Special Agent in Charge Monica M. Miller of the FBI’s Sacramento field office.

This past August, Gosal was sentenced to 35 years to life in prison for second degree murder and firing a weapon in the course of a murder.

Previous: Another HSGPC leader plans political outfit
Next: SGPC to beef up security at Golden Temple