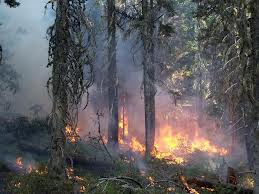 Amritsar, Punjab: Many trees, shrubs and green vegetation on the stretch of Airport road from a private Hartej Nursing home to Gumtala by-pass have been burnt. This move by unidentified persons has infuriated the city-based environmentalists and vigilant citizens.

Mission Aagaaz executive director Deepak Babbar maintained that it was another negative fallout of rapid urbanisation. The city is bursting at its seems and people are jostling for residential and commercial space. In this process, they have become pitiless and did not mind removing trees. He said earlier in the name of progress, trees were uprooted at Durgiana Temple, at Saifuddin Kitchlew chowk to raise a flyover, at Rajasansi to widen the Airport road, at Tarawala pul to raise a new bridge.

He said the instances of trees being axed to pave way for development works are innumerable. “Now, people with vested interests are resorting in setting the trees to fire without realising the value of urban greenery.

Another environmentalist Rameshwar Dutt Sharma said urban green vegetation play vital role in ecology of human habitats as these filter air, water, sunlight, provide shelter to animals and recreational area for people. They moderate local climate, slowing wind, and shading homes and assist in conserving energy. He said experts had proved that these green patches were lungs for the city as they were critical in cooling the urban heat effect. He said they also help in potentially reducing the number of unhealthful ozone days that plague major cities in the peak summer months.

In many countries around the globe, there was a growing understanding of the importance of the natural ecology in the urban areas.

Babbar alleged that many of the burnt trees were those which were transplanted after uprooting from Dr Vidya Sagar Mental Hospital in 2009. He added that firstly these trees were uprooted, dislocated, then rehabilitated and now they were burnt. He claimed that recently fire incidents were reported at the Circuit House, at Canal Colony and opposite SR Government College for Women. He sought holding of inquiry to probe the reasons and persons behind the incident.

When contacted district forest officer Nirmaljit Singh Randhawa said staff had already been pressed into job to probe the incident of burning trees on the stretch of Airport road. He said majority of the transplanted trees from Dr Vidya Sagar Mental Hospital had already perished barring Pipal and Bohar. 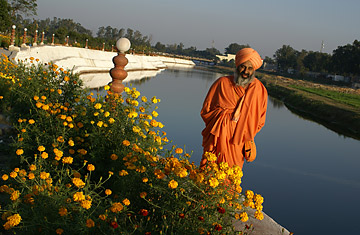