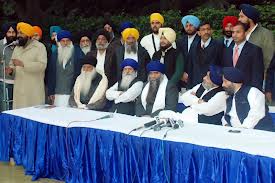 Chandigarh: In an effort to take along Delhi’s more than 14 lakh Sikh population on building a memorial to the Sikhs killed in the 1984 riots, the Delhi Sikh Gurdwara Management Committee ( DSGMC) on Saturday met representatives of about 700 Singh Sabhas managing local gurdwaras in the national capital.

The meeting, held in Lakh Shah Vanjara hall of Gurdwara Rakabganj Sahib, was addressed by DSGMC president Manjit Singh GK, seeking approval from the Sikhs for the memorial. DSGMC general secretary Manjinder Singh Sirsa and other office-bearers were also present on the occasion.

The memorial has been planned in the same complex, adjacent to Parliament House. The Shiromani Akali Dal (Badal) has been in charge of the DSGMC since February after winning the elections. GK, also the party’s Delhi unit president, had announced the memorial last month.

“There were members and representatives of about 700 Singh Sabhas at the meeting and everyone was keen on building the memorial. It will be in remembrance of the carnage in which about 4,000 innocents were killed in Delhi alone and about 14,000 in the entire country,” said GK. He added that the fight for justice to families of the Sikhs killed would continue. The memorial, according to him, would be dedicated to the Sikh Panth before the completion of 30 years of the carnage.

The DSGMC has also given a worldwide call, inviting entries to finalise the concept, model and design of the proposed memorial which, the committee has clarified, would not be a gurdwara. “It would be a monument symbolising peace, humility, compassion and humanity,” said GK.

Previous: Sikhs to march for campaign against killings
Next: Quebec Soccer Federation has no rational reason for banning turbans 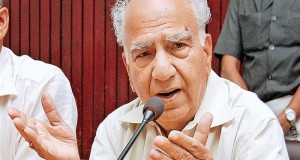 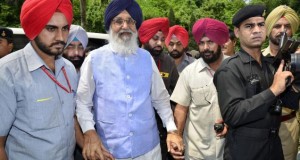