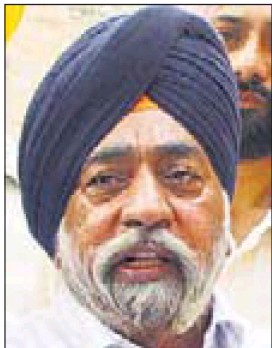 The charges that the leaders of the Delhi unit of the Shiromani Akali Dal (SAD) had levelled against him were frivolous and baseless, Sarna said here on Monday. The allegations relate to the sale of land that Delhi Development Authority (DDA) had allotted to the committee for the construction of Guru Harkrishan Hospital, Bala Sahib. The SAD has also accused him of not respecting the orders of the Akal Takht, supreme temporal authority of Sikhs.

In a statement sent on email to the local media, Sarna said the SAD, in the last general elections of the DSGMC, “had amplified these baseless allegations before Sikh Sangat” and now after winning, it was “spending the ‘golak’ money (donations at shrines) on personal enjoyment and for political purposes”.

Sarna, who is also president of the SAD (Delhi), said the current DSGMC had misused the gurdwara money in the name of flood rescue and relief in Uttarakhand, and its new president, Manjit Singh GK, and other office-bearers had, in the first six months of office, taken a tour of Europe and a luxury sea cruise from Italy to Paris.

After taking charge of the committee, the new DSGMC team had bought eight new Toyota Innova cars for personal and family use, said Sarna. “Manjit Singh GK paid Rs 14 lakh to the contractor for pitching tents and making other arrangements at Gurdwara Majnu Ka Tila on Baisakhi, while last year, the expenditure was only Rs 1.80 lakh,” he added.

He demanded an inquiry into the recent purchase of air-conditioners worth Rs 86 lakh for the DSGMC-run Guru Tegh Bahadur Institute of Technology at Delhi’s Rajouri Garden.

Previous: SGPC to send books to Canada on Sikhs’ role in World Wars
Next: 19th-century Sikh warrior turban on display in UK