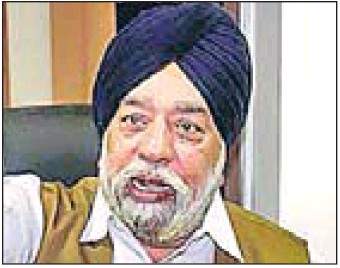 New Delhi: The Delhi Sikh Gurdwara Management Committee (DSGMC) today appealed to the Sikh community in Delhi to boycott former DSGMC president Paramjit Singh Sarna for “making one of his aides file a criminal petition in the Delhi High Court, challenging the authority of Akal Takht Sahib, the highest temporal seat of the Sikhs.”

The DSGMC president, Manjit Singh (GK), said when the gurdwara committee announced in June this year to raise a memorial to the 1984 carnage victims at Gurdwara Rakabganj Sahib, Sarna moved a petition before the Delhi High Court, objecting to the proposed memorial.

Subsequently, Akal Takht issued a notice to Sarna and the latter withdrew the petition. “To gain lost political ground, Sarna asked one of his aides to file a petition in the High Court, challenging the authority of Akal Takht Sahib,” Manjit Singh alleged.

Addressing a press conference, he said Sarna had backstabbed the Sikhs. Sarna, when approached, said: “I have nothing to do with the petition filed by Jatinder Singh Saili in the Delhi High Court. I had filed a case when the DSGMC announced construction of the memorial at Rakabganj Sahib. But I withdrew it on the advice of Akal Takht Sahib.”

He said Saili had contested the DSGMC elections in 2007 as Manjit Singh’s man. Despite repeated attempts, Saili could not be contacted for comment.

Previous: On Gratitude and Grievance: Rethinking Sikh Politics in the US
Next: Sikh leader charged with poll fraud in NZ