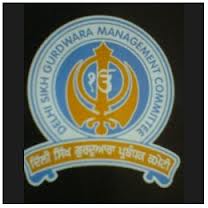 New Delhi, India: An abysmally low 42.2% turnout on Sunday in the 51-member cash-rich Delhi Sikh Gurudwara Management Committee (DSGMC) elections, which had assumed heightened importance after the entire Punjab cabinet shifted base to Delhi during the last three weeks, dimmed the hopes of a clear majority for both the parties – the incumbent Congress-backed Shiromani Akali Dal (Delhi) and Punjab’s Shiromani Akali Dal (Badal).

Only 1.75 lakh Sikhs, out of the 4.16 registered voters, came out to cast their votes, the directorate of gurudwara elections (DGE) said.

The elections brought an end to the high-strung month-long poll campaign to DSGMC, which enjoys control over 10 historical gurudwaras, 30 schools, 15 colleges, six hospitals and 15 dispensaries.

The election is being seen as a primer to the assembly polls in the national capital after the ruling committee president and main candidate Paramjit Sarna was given open backing by the Congress against Punjab CM Parkash Badal-led SAD and BJP combine.

During the last two weeks, the rival parties had torn into each other as they brought back focus on the 1984 Sikh genocide and bungling of funds in each other’s states.

In November last year, the two factions had engaged in violence after their members had allegedly used sticks and stones in the melee when SAD (Badal) candidate Manjit G K was not allowed to enter Rakabganj gurudwara here.

On Sunday, as polls were completed peacefully, both parties claimed victory. Results will be announced on January 30.

“We are expecting anywhere between 34-38 seats. A low poll percentage is an indication that there was no anti-incumbency trend. Nobody wants to see Jat invaders from Punjab,” SAD (Delhi) candidate Sarna told TOI.

The Badal-led camp sounded optimistic on Sunday. Said SAD leader and Rajya Sabha MP Sukhdev Singh Dhindsa, “Sarna is going to lose to our candidate Sirsa in his constituency of Punjabi Bagh and people have not forgotten 1984 Sikh Genocide.”

Dhindsa, however, maintained that there were chances of rigging by the ruling Sarna camp. Three days ago, he had led a delegation to DGE, seeking deletion of bogus voters, videography at polling booths and appointment of independent observers in all wards to ensure free and fair DSGMC polls.

During the last two weeks, SAD president and Punjab deputy CM Sukhbir Badal, who had made the polls a matter of personal prestige, abundantly invoked the 1984 Sikh Genocide issue and attacked the Congress for “conspiring against the Sikhs”.

He made promises to provide legal aid to victims of 1984 Sikh Genocide and to take up the case of citizenship for all Sikhs, who fled from Afghanistan to seek refuge here.

The Sarna-camp is pinning hopes on the entire trader community represented by migrant Sikhs, such as those from Rawalpindi, Sargodha, Multan and neighbouring districts of Pakistan.

Once a protege of Punjab’s own Sikh Guruduwara Prabhandak Committee (SGPC) chief Harcharan Singh Tohra and Badal senior, Sarna formed a splinter party in 2007. Before that, he had managed to oust Badal by joining hands with Tohra in 2002.

Previous: Sikhs file case against Kamal Nath in Switzerland
Next: SIKH KIRPAN TO BE ACCOMMODATED AT ALBERTA COURTHOUSES 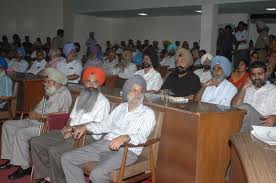