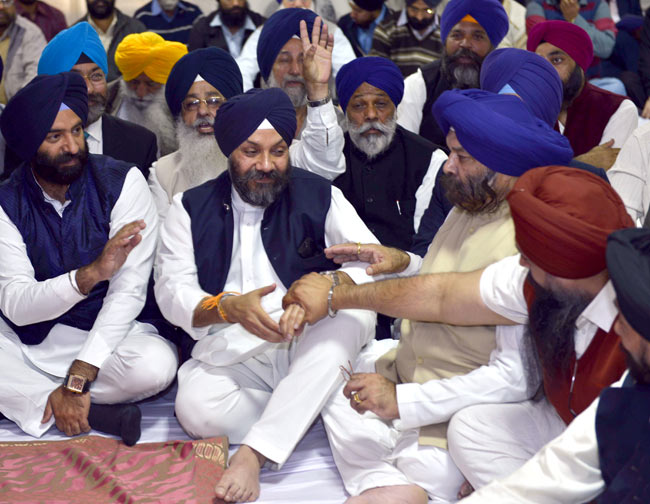 New Delhi, Punjab: The Delhi Sikh Gurdwara Management Committee (DSGMC) today demanded the setting up of a special investigating team (SIT) for the 1984 Sikh Genocide case in which senior Congress leader Jagdish Tytler is a prime accused. A city court yesterday had directed the CBI to re-investigate Tytler’s case, setting aside the closure report of the investigating agency giving Tytler a clean chit.

The DSGMC president, Manjit Singh (GK), said that on the basis of the report of the SIT, constituted on the directions of the Supreme Court, a number of those accused in the Godhra riots had been punished.

But 29 years after the Sikh Genocide, not a single accused had been punished.

“The CBI filed its closure report in 2009, giving Tytler a clean chit. The then CBI Director was later appointed Nagaland Governor. This shows the government was favouring those accused in the case,” Manjit Singh alleged.

Pointing out that Tytler and Sajjan Kumar had been given Z category security, he said the government should withdraw the same “as they are accused persons who do not deserve government security.”

On Tytler’s charge that advocate HS Phoolka had charged the DSGMC crores of rupees for fighting the case, Manjit Singh said that Phoolka had not charged a single rupee from the committee.