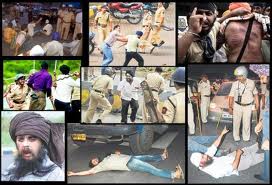 Amritsar,Punjab: Delhi Sikh Gurdwara Management Committee (DSGMC) will meet Prime Minister Manmohan Singh to remind him of unfulfilled promise of a rehabilitation package for the 1984 anti-genocideriot victims. While talking to TOI, DSGMC president Manjit Singh GK said that the committee had buckled up to fight for the rights of 1984 victims on the basis of announcement made by Manmohan Singh in 2006.

He informed that Manmohan Singh in the year 2006 had announced to give job to a relative of 1984 anti Sikh genocide victim and adequate compensation of their properties which were plundered during the riots. “None of the state government has fulfilled its promises even 29 years after the holocaust”, said he adding that a delegation of DSGMC would meet Prime Minister Manmohan Singh to bring the issues faced by 1984 victims and state and center governments unfulfilled promises made to them. He informed that former MLA from Uttar Pardesh Kuldeep Singh Kanpur had informed the committee that the rehabilitation package announced by UP government for the 1984 victims had not been implemented so far.

The center government had to give the compensation to those Sikhs whose properties were plundered during 1984 anti Sikh genocide. As par official figures 141 Sikhs had died in Kanpur alone whereas the unofficial figure was above 250 and more than 2800 complaints of plundering of properties were lodged. The then governor, UP, Moti Lal Vohra had struck a compromise with the victims under which a compensation from Rs 50000 to Rs 1 lakh was to be given to the victims whose properties were damaged. “Till date Sikh victims had not received anything from the UP government” said GK. He said the center government had decided to increase the compensation amount to ten times in 2009.

He said a separate delegation of DSGMC would meet UP chief minister Akhilesh Yadav to impress upon him to fulfill the state governments promises made to hapless victims of 1984 anti Sikh genocide.