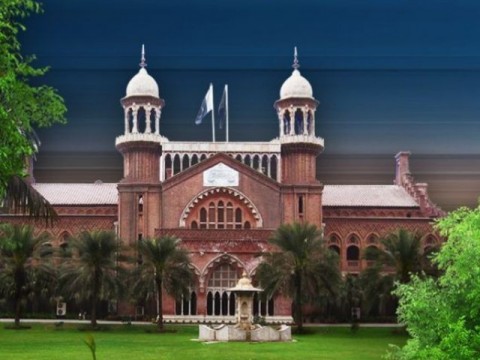 Comments Off on Court moved over Sikh inmate death 527 Views

Lahore, Pakistan: A petition had been filed in the Lahore High Court on Tuesday seeking directions for thorough investigation into death of an Indian Sikh convict at the Kot Lakhpat Jail due to alleged torture by the jail officials.

The petition was filed by Advocate Awais Sheikh, who made secretary home department, Punjab, Secretary Interior, superintendent of Central Jail Lahore and Medical Superintendent of Jinnah Hospital as respondents in the petition.

The petitioner had submitted that he was a human rights lawyer, World Peace Ambassador and counsel of Indian prisoners in Pakistan, the family of Indian prisoner Chamel Singh son of Salar Singh, who was given five years of imprisonment under charges of spying, approached the petitioner seeking help to ascertain the cause of death of their loved one. He said that the body of the deceased was lying in the mortuary of Jinnah Hospital for the last two weeks.

He submitted that he received information of Chamel’s death from a jail inmate who was freed just after three days. He said he was the eye witness of the matter who claimed that Chamel was a result of mercilessly beaten by jail staff and was sent to Jinnah Hospital where he died on January 15, 2013. He said he approached the jail authorities to get conformation of his death and to inquire the cause of death. Deputy Superintendent of the jail confirmed the death of Chamel but denied the charge of any torture on his body. He quoted the deputy superintendent as saying that cardiac arrest was the cause of his death.

He said he approached the MS of Jinnah Hospital who confirmed that Chamel Singh’s body had been in their mortuary for the last two weeks. The MS further stated that the autopsy of Chamel was yet to be done. The petitioner strengthened his point of view by saying that a newspaper ‘The Express Tribune’ also published the story of the death of the prisoner and also attached the copy of the news clipping published on January 28.

He said that the news of the death of Chamel had caused sheer panic in the family and friends of Chamel who eagerly wanted to know the cause of his death.  Sheikh requested the court to issue directions to the secretary interior and home secretary Punjab to investigate the matter expeditiously and submit report before this court so that if cause of death is proved to be the torture, the responsible should be punished in accordance with law and justice. He also prayed for directions for the superintendent central jail to appear in person before the court and submit report of the cause of his death. He further prayed that MS Jinnah Hospital may also be directed to produce autopsy findings to this court to ascertain the cause of death.