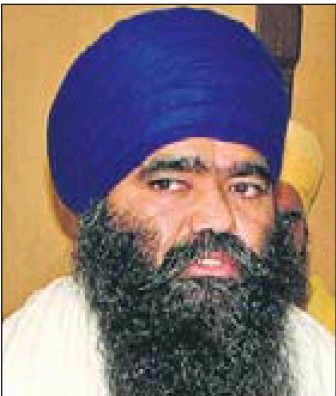 Chandigarh: Violence is apprehended, as radical Sikhs continue to drive out Nihangs from gurdwaras.

Damdami Taksal chief Harnam Singh Bhindranwale’s dispossessing Shiromani Panth Akali Tarna Dal of Mehta Chowk in Amritsar from the land of Gurdwara Hargobind Sahib in the holy city with the help of Majitha police has embittered Nihangs across Punjab.

The dispute between Taksal and the Nihangs of Mehta Chowk may go into bloodshed, if not resolved fast. The trouble began on July 13, 2011, when the Taksal chief appointed Ajit Singh chief of Tarna Dal (Mehta Chowk), when the dal had appointed a chief in Tarsem Singh already on July 4, 2011, after the death of Sukha Singh. Moreover, Nihangs said Taksal had no business interfering in their affairs.

Ajit Singh and his followers, with the support of the Taksal chief and Majitha police, already have occupied Gurudwara Singh Belan on the Baba Bakala road and Gurdwara Hargobind Sahib at Mehta Chowk. The SAD, ruling Punjab in alliance with the BJP, had roped in Harnam Singh Bhindranwale during the state assembly elections in 2012 to garner the radicals’ support.

Being close to the power centre gives the Taksal chief a lot of influence in Punjab Police as well. The Majitha police are trying to force the Tarna Dal to vacate the stables that are part of Gurdwara Hargobind Sahib and where the Nihang live with their horses.

“Around 4am on Monday, the police raided the stables and took away 25 horses, four carts, four tractor-trailers and a palanquin,” said Balwinder Singh, son of dal-appointed chief Tarsem Singh. “They also took away two minor caretakers. This is brazen highhandedness at the behest of the Taksal chief,” he added.

POLICE HAD PICKED UP SEVEN NIHANGS:

On July 16, police picked up seven Nihangs (Rachpal Singh, Kashmir Singh, Baghiar Singh, Jassa Singh, Gurdip Singh, Harjinder Singh, and Partap Singh) of the Tarna Dal without registering any case against them. Balwinder Singh said he had to move habeas corpus petition in the Punjab and Haryana high court for the appointment of a warrant officer to get the illegal detainees released.

Around 9.30pm on Thursday, warrant officer Jaswant Singh raided the Beas police station and recovered all the seven Nihangs. “Police had arrested them illegally and tortured them to put pressure on the Tarna Dal to vacate the stables and other gurudwara property the Taksal is after. We are on the run to save our lives,” said Nishan Singh, a Nihang.

Mediator Santokh Singh Sohal said he had done his best to broker peace between the two sides. Former Akal Takht jathedar Jasbir Singh Rode, confidant of Taksal chief Harnam Singh Bhindranwale, said he was aware of the issue and would try to pacify both groups.

Amritsar (rural) SSP Manmohan Singh, denied that his force was under any pressure from the Taksal. “Under the earlier compromise deal, the Tarna Dal should vacate all the places of gurudwara it has been occupying. We only want the matter resolved amicably,” said the SSP.

On the recovery of illegal detainees from the Beas police station, the SSP said it was because the lockups at the Mehta station were under repair. “We have deployed force to prevent any violence between the groups,” the SSP added.

Previous: Notice to Sajjan on plea against acquittal
Next: Bard’s land honours Hans