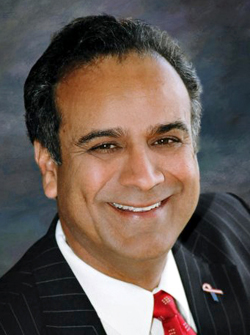 Claremont,California,USA: With major support from the Sikh American community, Claremont Lincoln University will inaugurate a Center for Sikh Studies in this city in Southern California Feb. 1.

The program is part of the university’s goal to establish a series of nine faith-based programs aimed at bringing together the world’s major religions and educating students on religious practices.

The Center for Sikh Studies is the seventh of nine faith programs now active at the university, after launches of Christian, Jewish, Muslim, Buddhist, Jain and Hindu programs.

Sikhism was founded at the turn of the 14th century by Guru Nanak in Punjab. According to the Pew Forum on Religion and Public Life, more than nine of every 10 Sikhs currently live in India, but there are sizable Sikh communities in the U.S., U.K., and Canada. The World Religion Database estimates there are a total of about 25 million Sikhs worldwide.

Claremont Lincoln University provost Philip Clayton told India-West that, after the 9/11 terrorist attacks, Sikh Americans are frequent targets of extremists, including some Christian fundamentalists, who wrongly believe that a turban indicates a member of the Muslim faith.

“After 2001, a number of Sikhs were killed because fundamentalist Christians confused the headdress, which is one of the principal requirements for Sikhism. They confused it with the Muslim hijab,” Clayton said.

He hopes programs such as the one offered by the university will create more understanding and a common ground for people of various ethnic backgrounds and religions to come together.

“We have allowed religions to evolve as some of the primary sources of conflict in the world, and now it is time to stop it,” Clayton said. “It’s time to train a generation of leaders to use religions as common ground between human beings.”

The university had held a number of events to support the Sikh community, including Claremont Lincoln’s president of theological bibliography Jerry Campbell discussing ways to prevent such tragedies such as the gurdwara shooting from occurring again.

Clayton said he has been in talks for about a year with Indian American donors and organizers of the center: cardiologist Dr. Harvinder Sahota of Bellflower, Calif.; and Harry Sidhu, councilman and former mayor pro tem of Anaheim and an appointed member of the Orange County Water District board.

Sidhu told India-West that the new center will help students better understand Sikhism. He and Sahota, he added, made a major effort to contact the Sikh American community about the program.

“I think this will be a good way of educating and giving knowledge to people about Sikhs — what their culture and religion is — and that’s why it is so important that we are starting this chapter in Claremont to have subjects which will be taught on Sikhism,” the Orange County council member said.

Sidhu noted the center would be a vital educative component of the university. The program “is so important because of the events that happened in Wisconsin,” he added.

The center will offer Sikh Studies courses and programs with local Sikh American communities. There are also plans for the university to offer a master’s program in Sikh Studies.

Other goals include setting up close ties with the Sikh American community in Southern California and developing online resources.

Sahota, who plans to attend the inauguration ceremony, told India-West he hopes Sikh Americans, as well as non-Sikhs, will attend lectures offered at the center. Classes, he pointed out, are “open to anybody, but I’m hoping more non-Sikhs will be attending to learn more about the Sikh religion because I think especially in this country, there is some ignorance about the Sikh religion.”

“This is the first time that a well-known university, Claremont Lincoln, has decided to give academic courses on the Sikh religion,” Sahota said. Asked why he made his bequest, he said simply that he wants people in the U.S. to “understand the truth behind Sikhism.”