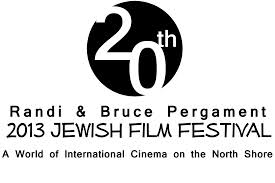 Jalandhar, Punjab: His passion for cinema and love for his roots was deeper, changing the course of his life and earning him the success that a few get so early in their life. Born and brought up in Jalandhar, Australia-based businessman-turned director Virat Marwaha’s film Jal Waheguru Ji has won the ‘Best Short Film’ award at the prestigious Punjabi International Film Festival, Toronto in Canada.

Marwaha came back from Australia last year to kickstart his career as an actor/director and the success of his first film Jal Waheguru Ji – released on Youtube earned him accolades both as an actor and director.

The film is the story of a painter who came across the dark history of 1984 (Delhi genocide) and expresses his anger, anguish and protest by drawing paintings since he could not speak.

The film was shot in Chandigarh, Amritsar and Jalandhar.

Talking to The Tribune from Melbourne (Australia), Virat said, “I was looking for a subject. The 1984 Sikh genocide and the theme that eventually developed seemed like the perfect artistic start.”

He says he had no loss, personally speaking, in the 1984 genocide, the stories of his friends and colleagues moved him to the theme.

“Some Sikh boys I met in Australia told me incidents which moved me. In general, people here still have a thing for 1984. Their intense stories had an impact on me. While the film was going to be a much stronger statement earlier, I toned it down so that no one gets hurt and stuck to the Delhi genocide. The end result matched my artistic instincts,” Virat said.

Speaking about his foray into direction from being a business professional, he said, “I studied at Khalsa College in Jalandhar and then came to Australia to pursue business administration studies and ended up with a job as a bankruptcy officer in a multinational company. But three years into it, I knew I was earning much but the money was not making me happy. I had done theatre and acting earlier so I knew where my inclinations lay. I resigned and went to India to make a film.”

The crew for the film included just two people (Virat wrote, directed an acted in the film), a painter and a music director.

His film released on Youtube in November 2012 and it got short listed for the Punjabi International Film Festival, Toronto. Out of the 20 short listed films competing for the award (some of them made by veteran Punjabi artists and directors), his made it to the top.

Talking about his future endeavours, he says he will be working in a Hindi feature film soon (a Bollywood production). The script is ready. It is an action comedy and he has penned down the script himself and is planning to shoot it in Australia.

He is currently shooting an English video film in Australia.