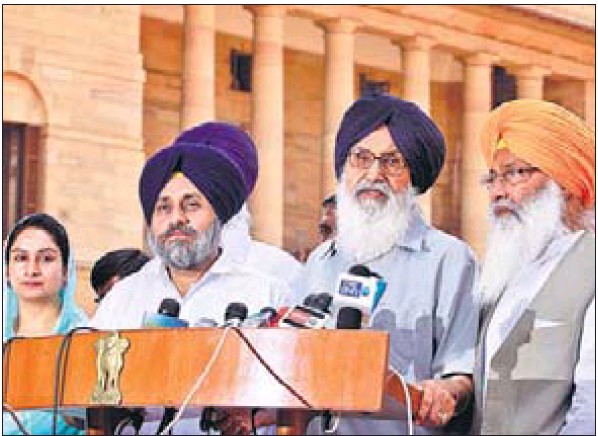 These pleas, citing Bhullar’s mental condition as the main reason to save him from the gallows, are likely to help the government in wriggling out of a tight spot following the rejection of his petition by the Supreme Court last week.

Home minister Sushilkumar Shinde said Punjab chief minister Parkash Singh Badal had met him and submitted a memorandum. He said all issues, including Bhullar’s mental condition, would be considered. The Centre’s decision will depend on the report of a board to ascertain Bhullar’s mental condition. He is admitted in the capital’s Institute of Human Behaviour and Allied Sciences (IHBAS).

The head of the team looking after him, Dr Nimesh G Desai, told HT: “He (Bhullar) is suffering from depression and psychotic disorder since the past two years… He is mentally ill.” Dr Desai said nno authority had sought a report about Bhullar since he was first admitted a year-and-a-half ago.

Bhullar’s lawyers have alleged that then President Pratibha Patil was not informed about his mental condition when she rejected his petition in 2011.

The mercy plea submitted by the Asian Centre for Human Rights states there is no bar on the President to consider such a petition twice.

After meeting Mukherjee, Badal told reporters here that the SAD delegation requested the President to pardon Bhullar for the sake of “hardearned communal harmony and peace in Punjab and the rest of India”.

Badal said the delegation told the President that Bhullar was not in a fit state of mind and his death sentence should be commuted to life imprisonment.

“There is a law that when somebody is very, very sick, he should not be hanged… even the ministry for external affairs had suggested commutation of his death sentence,” Badal said.

The SAD maintained that this was not a rarest-of-the-rare case and, therefore, the Supreme Court’s verdict upholding the death sentence awarded by the designated TADA (Terrorist and Disruptive Activities Prevention Act) court to Bhullar be reviewed and that he be acquitted in the interest of justice.