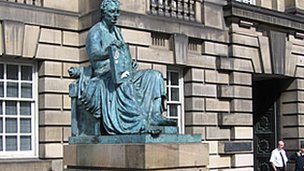 Chandigarh, India: A visiting 38-year-old Sikh priest from India has been sentenced to prison after being convicted of sexual assault and sexual interference involving a 13-year-old Abbotsford girl, according to a report by vancouverdesi.com.

Ajai Singh will serve 90 days in jail and 18 months in probation. He was on a visit to Canada earlier this year when the incident was reported to the police on February 9.
He was charged on two counts; sexual assault and sexual interference with a person under the age of 16 following which he was suspended by the Shiromani Gurdwara Parbandhak Committee (SGPC). His father was Akal Takht chief in the nineties.

An Abbotsford judge sentenced him to jail yesterday. After serving his sentence in Canada, he will be deported. The victim’s family told vancouverdesi.com they were satisfied with the verdict although they wished for a longer sentence. “Ninety days is not enough. I wanted to see at least one year,” said a male family member of the victim.

However, the man did say his family was relieved to hear the bittersweet news.

“We are dealing with it. It’s been very hard,” he said. “Finally, the judge has made a good decision.”