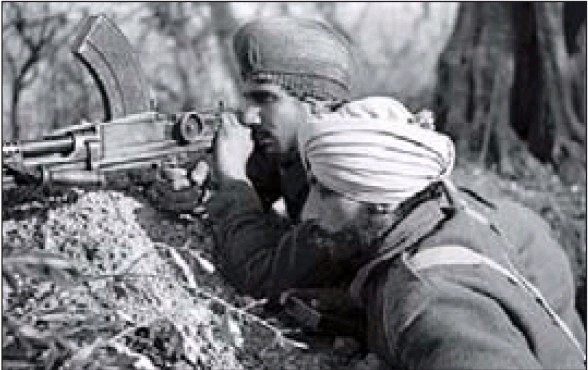 London, UK: Four World War-II veterans from the Sikh Regiment have been presented with the ‘Jewel of Punjab’ (Punjab Ratan) award at the World Punjabi Organisation’s annual event at the Park Lane Hotel here.

A Charitable Services award was presented to APS Chawla, founder chairman of Roko Cancer, for raising awareness on breast cancer. His award was collected by his brother.

Also a cheque for 2,000 pounds was presented to Gurpal S Oppal, who ran the London Marathon to raise funds for Bowel Cancer Charity.

Speaking on the occasion, WPO President (European Division) RS Baxi referred to his visit to the Imperial War Museum to attend a reception where the Duke and Duchess of Cambridge, Prince William and Princess Kate were present. He said he was proud to see the Lord Ashcroft Gallery housing the Extraordinary Heroes exhibition, with the largest collection of Victoria Crosses.

“A lot more needs to be done to restore the legacy of our fallen heroes as we prepare to commemorate in 2014, 100 years since the outbreak of the first World War… The visit certainly brought heroic memories of sacrifices, patriotism and dedication of the Sikh warriors and the British soldiers who fought together for a better and safer today,” he said.

On behalf of the Punjabi community, Baxi extended an invitation to Eric Pickles to visit Punjab and especially “our holiest shrine, Amritsar” on his next visit to India.

“We still remember with pride, the recent visit of Prime Minister David Cameron to Amritsar, and we would love to see you visit there also,” he said.

“In working with Lord Feldman, in my capacity as co-chairman of Conservative Friends of India, I wish to share with you that he is a committed promoter of greater diversity and he enjoys meeting members of all ethnic groups,” said Dr MS Lamba, General Secretary, WPO, (European division), adding the British Punjabi community had successfully integrated with the British population.

Lord Dholakia lauded the efforts of Baxi in keeping the Punjab community together and highlighting their achievements.