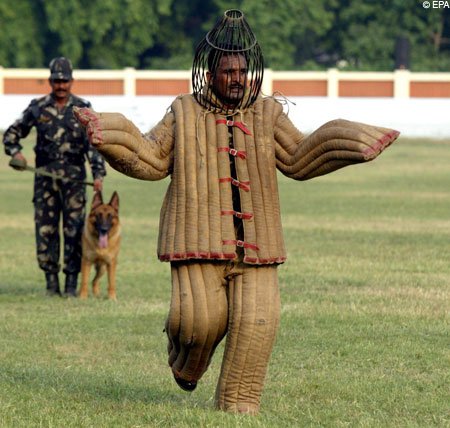 New Delhi, India: With futuristic warfare in mind, India is working to develop robotic soldiers as part of efforts to boost unmanned fighting capabilities, joining a select group of countries in this endeavour.

Under the project being undertaken by DRDO, robots would be developed with very high level of intelligence to enable them to differentiate between a threat and a friend.

These can then be deployed in difficult warfare zones, like the Line of Control (LoC), a step that would help avert the loss of human lives.

“We are going to work for robotic soldiers. We are going to look for very high level of intelligence in it than what we are talking today… It is a new programme and a number of labs are already working in a big way on robotics,” DRDO chief Avinash Chander said in an interview.

The newly-appointed DRDO chief listed the project for development of robotic soldiers as one of his “priority thrust areas” saying that “unmanned warfare in land and air is the future of warfare. Initially the robotic soldier may be assisting the man.”