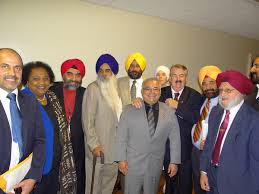 Sacramento, California: A bill that would promote teaching about the Sikh religion in California’s public universities and colleges passed the Assembly unanimously this week.

The measure, Assembly Concurrent Resolution 20, was written by Assemblyman Dan Logue, R-Loma Rica.
Sikhs are followers of Sikhism, a religion that started in India in the 16th century.

The bill calls on public universities and colleges to include Sikhism in their courses about religion.
In a telephone interview Tuesday, Logue said some friends of his who are Sikhs asked him to write the bill to promote further understanding of their religion.

Many Sikhs live in his district, he added. “The Sikhs are great neighbors and tremendous patriots. They excel in many fields.”

An analysis of Logue’s bill done by the Legislature’s staff says Sikhism was founded by Guru Nanak in the 1500s.

Since the Sept. 11 attacks, it says, “Sikhs have suffered from a disproportionately high number of hate crimes.”

It also claims that most world religion courses at the University of California, California State University and California Community Colleges do not teach students about Sikhism.

That’s not the case at Chico State University, said professor Bruce Grelle of the Department of Comparative Religion and Humanities.

Teaching about Sikhism is included in the department’s Religions of India class, and also in a class on religion in public schools, he said.

The latter class, which Grelle teaches, is intended for students who will become elementary- or high-school teachers, he said. “Many have not understood the difference between Sikhs and Hindus and Muslims. A lot of students have said they appreciated learning about it.”

Grelle said that although some Sikhs seem to not appreciate the description, Sikhism is sometimes said to be a blend of Islam and Hinduism.

He thinks there’s some truth in that explanation. Like Muslims, Sikhs are monotheistic, yet they believe in reincarnation and have “many devotional practices, singing and praying, that you find in Hinduism,” he said.

Sikhism developed in a part of India that was heavily influenced by both Islam and Hinduism, he added.

In Sikhism, “a number of living gurus” followed Nanak, he said. “After the death of the last one, the teaching function was acknowledged to be their holy book.”

Several years ago, under the auspices of the state Department of Education, work was begun on a new social studies curriculum for K-12 schools, he said. It includes teaching about the Sikhs.

Because of the state’s budget problems, work on the curriculum stalled, but now it seems to be back on track, he said.

Asked his opinion of Logue’s bill, Grelle said, “In so far as it raises the level of attention to the Sikh community, I think it’s a good thing.”

Tagged with: Sikhism University of California