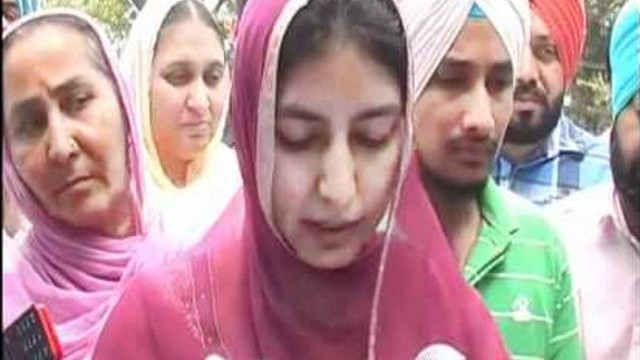 Her move came a week after Rajoana had announced to field candidates in the elections.

Rajoana had announced through a letter from the high security Patiala Central Jail, whrere he is lodged, that he would field a candidate either from Patiala or Ananadpur Sahib.

Holding a press conference here, Kamaldeep said following the directions of her brother she would contest against union minister of states for external affairs Preneet Kaur.

She said that Rajoana had asked her to contest against the Patiala royal family to expose that the former chief minister and his wife were working against the Khalsa Panth.

2013-10-24
SSNews
Previous: DSGMC protest outside the Sheila Dikshit’s House
Next: Who killed more than 5000 innocent Sikhs in 1984 Genocide in Delhi?