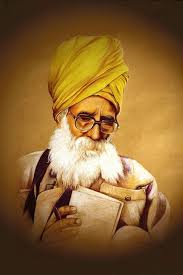 Comments Off on Bhagat Puran Singh museum to open in Washington 2,122 Views

Amritsar, Punjab: The first museum abroad dedicated to the life of Pingalwara founder Bhagat Puran Singh will open on September 14 in a Washington gurdwara.

All-India Pingalwara Society president Dr Inderjit Kaur will go over to the US capital to inaugurate the museum that is on a premises belonging to Washington’s Sikh Gurdwara Society and has sourced most of its exhibits, mainly pictures and literature, from the first Bhagat Puran Singh museum on Pingalwara’s main campus in Amritsar. “The museum will throw light on the philanthropist’s work,” said Dr Inderjit Kaur. “More people should know about him and be inspired by his deeds.”

“Different organizations and gurdwaras in the US and Canada are observing the 21st death anniversary of Bhagat Puran Singh,” the Pingalwara society president said on Saturday at a press conference here. “I’ll be part of it with Rajbir Singh, member of Pingalwara since 1997.”

On September 1, Alberta’s Des Punjab Times newspaper will honour Dr Inderjit Kaur in Canada at its 13th Punjabi-Indo Fest dedicated to the martyrs of the Komagata Maru incident associated with the freedom movement. Each year on the occasion, the newspaper honours an international or local personality for contribution to community. Dr Inderjit Kaur will visit many US and Canadian cities to spread the message of philanthropy.

The Pingalwara society will also produce a feature film in Punjabi on Bhagat Puran Singh and its shooting will begin by October. Former Doordarshan director Harjeet Singh is the movie’s script writer and director. The casting for the project is on. “The movie should change people’s mind,” said Dr Inderjit Kaur, quoting Sir William Hamilton’s famous words: “On earth there is nothing great but man; in man there is nothing great but mind.”

Previous: Will pursue case of Gujarat’s Sikh farmers: NCM chief
Next: SGPC to redesign Kitchen at Guru Ramdas Langar as per advice of Indian Institute of Technology (IIT)