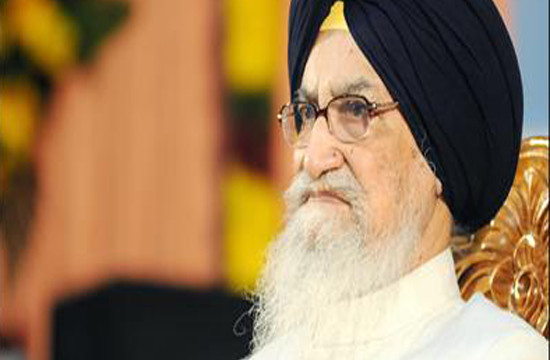 Barnala ‘keen’ to reunite with Badal

The ageing Akali stalwart, who heads a rag-tag Akali faction, SAD (Longowal), is learnt to have broken ice with chief minister and SAD supremo Parkash Singh Badal recently in the backdrop of the former’s desire for a ‘homecoming’ and for resurrecting the near-dead political career of his son, former MLA Gaganjit Singh.
While Barnala was tightlipped about the behind-thescenes developments, his wife Bibi Surjit Kaur, who heads the Longowal faction, sounded a confirmatory note, saying: “Wait for some more days.” CONTINUED FROM PAGE 1
Ga g anjit admitted that “some parleys have been held with Badal saab and the results would be out in the coming days.”

Sounding a pragmatic note, he said: “No one is a permanent enemy or friend in politics. Badal saab is like a father figure, while Sukhbir (deputy CM) and I share personal relations as our families had a close bonding.” Gaganjit, who was elected SAD MLA in 2002, had lost the elections in 2007.

Since parting ways with the SAD in August 2009, the Barnalas have been in a political wilderness. Their faction had contested the 2012 Punjab assembly elections as a constituent of Sanjha Morcha comprising the PPP, Communist Party of India (CPI) and the Communist Party of India-Marxist (CPM). However, the morcha drew a blank and has since been in disarray.

The Badals may not be averse to joining hands with the Longowal faction. Such a move would not only hit Manpreet’s plans to revive the morcha before the 2014 Lok Sabha polls but also add to the SAD’s strength in the Sangrur-Barnala belt where the Barnalas hold some sway. In the 2012 assembly polls, the SAD had lost all three seats in Barnala district.

While the Barnala family seems positive on its talks with the Badals, Sukhdev Singh Dhindsa, SAD secretary general, dismissed the talk of the return of his bête noire to the party. “I am not aware if such meetings are taking place. It’s all rumours spread by the Barnala family to keep themselves afloat politically,” he said.

2013-11-09
SSNews
Previous: Andrew Cash reacts to the tabling of the Charter of Values
Next: Badal seeks PM’s help for setting up board at Takht Hazur Sahib