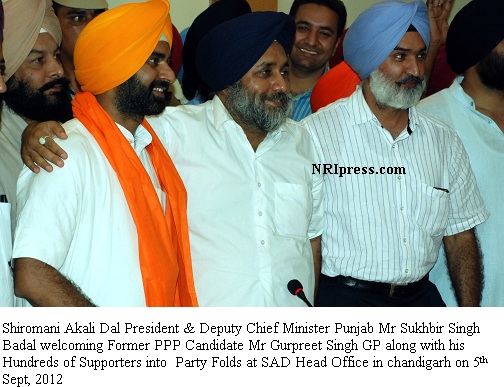 Bajwa, who was addressing a meeting of party workers as part of the Congress’ mass contact programme here, cited a report that appeared in a section of the media today. He said the incident highlighted the “anti-minority” mindset of Gujarat Chief Minister Narendra Modi, “whom Badal had accorded a grand reception in Pathankot recently”.

The report, prepared by the National Commission for Minorities, stated that the Gujarat Government had “prima facie” discriminated against the state’s Sikh community in Kutch by ordering them to sell their land and return to Punjab as they were not Gujaratis. It stated that Modi cited the Bombay Tenancy and Agricultural Lands Act, 1948. The commission, however, strongly disapproved of the Gujarat Government’s interpretation that only Gujarati farmers could own or buy land in the state under the Act.

Bajwa said the Sikhs from Punjab had migrated to Kutch on being invited by former Prime Minister the late Lal Bahadur Shastri. He said the Sikh farmers had worked hard to make the land fit for cultivation and contributed their bit in the Green Revolution.

Criticising the Punjab Chief Minister, he alleged Badal preferred silence over the issue despite a deputation of Sikhs from Gujarat having called upon him in the past.

Describing the political alliance between the SAD and the BJP as an “understanding of opportunism driven by the business interests of the Badal family”, Bajwa said the Akali Dal was not a true representative of the Sikhs.

Previous: Kauni could be in further trouble
Next: Takht Kesgarh Sahib Jathedar dies of heart attack