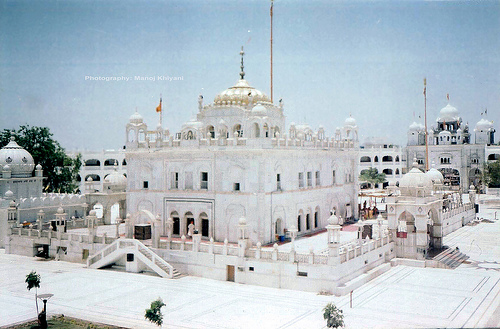 Comments Off on Badal seeks PM’s help for setting up board at Takht Hazur Sahib 1,045 Views

Chandigarh, Punjab: Punjab chief minister Parkash Singh Badal on Friday sought Prime Minister Manmohan Singh’s intervention for the constitution of a board in place of an administrator at Takht Sri Hazur Sahib in Nanded (Maharashtra) as per provisions of the Nanded Sikh Gurdwara Sachkhand Sri Hazur Abchalnagar Sahib Act, 1956, for managing affairs of this shrine associated with Guru Gobind Singh.

A special leave petition was filed against the decision of the Bombay high court, which was dismissed by the Supreme Court on October 22. The HC, in its judgment, had directed the Maharashtra government to initiate necessary steps to constitute the board in accordance with Section 6 of the 1956 Act within two months of the date of the order. Badal has also written to Maharashtra CM Prithviraj Chavan to commence the process for the constitution of a board to resolve the religious issue.