Judge W Kent Levis of the Fresno County Superior Court has ordered that Gilbert Garcia Jr (30) be sent to Atascadero State Hospital in California until he is determined to be legally competent to stand trial, The Fresno Bee reported on Wednesday.

Garcia has been charged with attempted murder and elder abuse after he attacked Piara Singh, an 82-year-old Sikh man, with a steel rod outside the Nanaksar Sikh Temple in southwest Fresno in central California on May 5 in what the prosecutors have called a hate crime.

Following judge Levis’s order, Garcia will be required to take anti-psychotic medication in the state hospital.

The court order said Garcia would have to remain in the hospital until he was competent to stand trial, but his stay could not be more than 15 years. Normally, inmates spend less than a year in a state hospital before their competency is restored.

Garcia approached Piara Singh on a bicycle outside the Sikh temple just after 7 am on May 5 and without saying a word started beating the victim on the head with a rod.

Singh was left with broken ribs and head wounds. Members of the Sikh community had expressed outrage at the act. 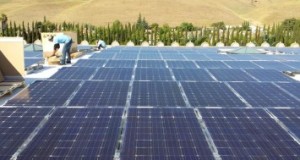 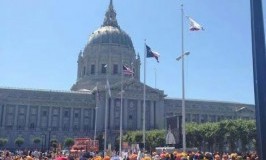