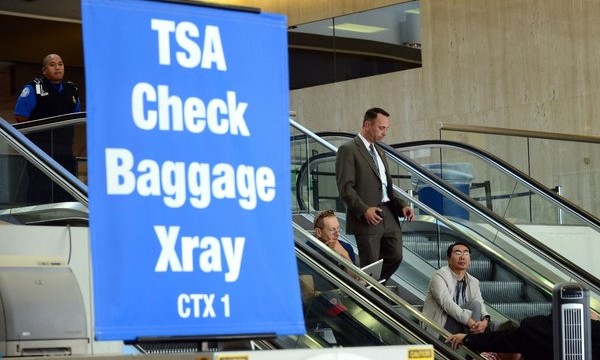 California, US: Amardeep Singh is a typical American guy — born in New Jersey, raised by a soccer mom, die-hard Yankees fan, player of fantasy football, married with two kids, attorney. Yet almost every time he travels, he said, he is pulled over by TSA agents for a secondary screening.

Singh is Sikh. For religious reasons, he wears a turban. And the turban makes TSA agents nervous. Most times he flies, said Singh, agents pat down his turban and swab his hands for traces of chemicals.

“I’m dreading having a conversation with my children about this,” said Singh, a co-founder of the Sikh Coalition, a civil rights shop along the lines of the Anti-Defamation League and NAACP.

“Eventually I will have to explain to them why Daddy is being pulled aside. It’s not a conversation you want to have with your child. Their dad is not a terrorist.”

He knows that, apart from fellow Sikhs, there is not a lot of sympathy out there.

“If we protest, the reaction is, ‘Oh, you don’t want to help keep your country safe. Suck it up, it’s not a big deal. Get on board or leave the country.”

The TSA has been unsympathetic to claims that Sikhs are being profiled. “TSA does not conduct ethnic or religious profiling, and employs multiple checks and balances to ensure profiling does not happen,” says the TSA website, in the “Religious and Cultural Needs” section.

The Department of Homeland Security’s position has been, according to Singh, “Look, we are not getting that many complaints from the Sikh community, so it can’t be that big an issue.”

Sikh entrepreneurs in Silicon Valley thought otherwise. Working with the Sikh Coalition, they created a free app, FlyRights, which allows travelers of any background to file discrimination complaints directly to the TSA, with copies to the Sikh Coalition. The app debuted in April 2012.

So far, said Singh, the app’s been downloaded 18,000 times, and more than 200 complaints have been filed. Singh said nearly 20 times more complaints alleging TSA screening discrimination were filed through FlyRights in 2012 than the Department of Homeland Security reported to Congress for the same year.

“There’s a divergence between what the TSA is telling Congress,” said Singh, who has reviewed each complaint, “and what our users are telling us.”

Today, the Sikh Coalition unveiled FlyRights 2.0. Instead of just being able to send a report to the TSA and the Sikh Coalition, fliers who feel they’ve been mistreated or profiled can also copy their complaints to members of Congress. The updated app also has a self-populating map that allows them to compare airports.

“What I have learned in the last year and a half is that there is nothing like the TSA to unify people of all backgrounds,” Singh said. “It’s clear that there is more of a problem than the TSA is willing to ‘fess up to, so we’ve refined the app and hope to gather data.

“There’s never been a Sikh terrorist apprehended in this country,” said Singh, who noted that on the first anniversary of last year’s deadly Sikh temple shooting in Oak Creek, Wisc., the lead story on the evening news was about Al Qaeda terrorists from Yemen – men with turbans and beards.

“We can’t compete with that image,” Singh said. “There is no positive association of a person in a turban, of someone like me who’s a regular American.”

Sadly, there’s probably not an app in the world that can change that.