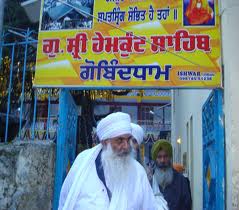 Chandigarh: Almost all pilgrims from the main Gurdwaras en route Hemkund Sahib from Joshi Math have been evacuated, according to IAS officer KS Pannu who is leading a team of officials to Uttarakhand.

Speaking on the phone from Joshi Math, Pannu said there was no pilgrim at Gurdwara Gobind Dham, which is 6 km from Hemkund Sahib, as of now.

Likewise, there was no pilgrim at Gurdwara Gobind Ghat, he said.

Pannu said they had been informed by the Border Roads Organisation (BRO) that traffic on the damaged road between Gobind Ghat and Joshi Math would be restored in five days, if there was no heavy rain in the region.

He said he would submit a detailed report to the Punjab Government suggesting measures to be initiated for the well-being of the pilgrims from Punjab travelling to Hemkund Sahib, Badrinath and Kedarnath.

Housing and Urban Development Secretary A Venu Parsad, who is at Rishikesh to oversee the relief and rehabilitation operations, said till last night 5,000 pilgrims had been transported to their homes in Punjab.

Speaking on the rescue operations, Deputy Inspector-General (DIG) Khubi Ram said a fleet of 36 mini buses had left for Joshi Math from Rishikesh (a distance of 248 km).

He said the Punjab Government had set up a base camp at Gurdwara Sahib, Rishikesh, and the stranded pilgrims were being transporting to the base camp. The Punjab Police was in the process of setting up its own wireless system at Joshi Math for better communication. 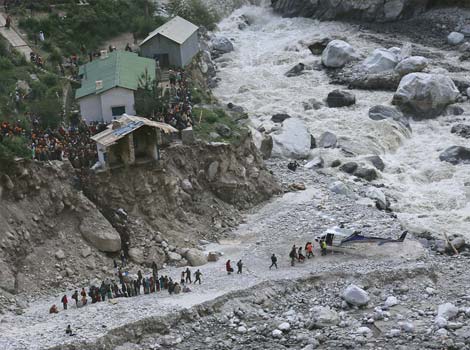