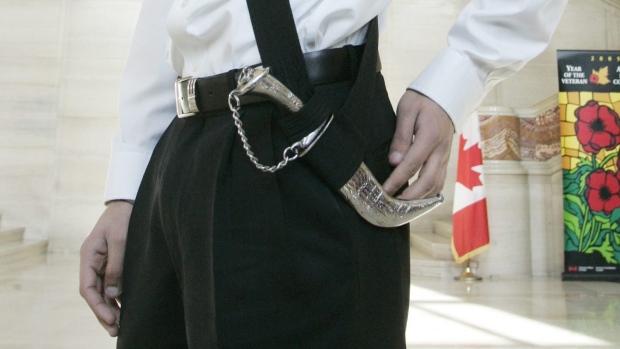 Edmonton,Canada: Alberta has come up with a policy to allow Sikhs to wear a ceremonial religious dagger called a kirpan in courthouses.

Under the Justice Department policy, a person must tell security officers they have a kirpan and wear it in a sheath, under clothing.

The blade of the kirpan can be no longer than 10 centimetres.

The World Sikh Organization says Alberta is the first province to bring in such a policy, which is partly based on rules developed for courts in Toronto.

The organization says Ontario is now working on a provincewide policy.

The Alberta rules stem from a human rights complaint filed in 2008 where a man wasn’t allowed inside a Calgary court because he was wearing a kirpan.