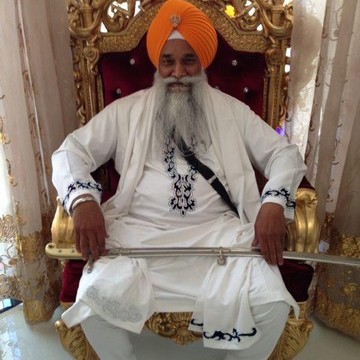 Amritsar, Punjab: After imposing ban on installation (Parkash) of Sri Guru Granth Sahib in houses of Sikhs with bars, the jathedar (leader of community) of Sikhs supreme temporal seat — Akal Takht — has barred using the title of ‘ Patshahi’ by any individual except while mentioning Sikh Gurus.

While talking to TOI on Saturday jathedar of Akal Takht Giani Gurbachan Singh said that the directions were issued after receiving complaints against several self-styled godmen who have been using the title ‘Pehli Patshahi’ (First Guru) or Dasvi Patshahi (Tenth Guru) with their name.

“After thorough contemplation with other Sikh high priests we have decided to impose ban on the use of the title by any Sikh individual,” he said, adding that the title could only be used for Sikh gurus — from Sri Guru Nanak Dev to Sri Guru Granth Sahib.

The jathedar has also directed Dharam Parcahr Committee of Shiromani Gurdwara Parbandhak Committee to take strict religious action against such ‘gurus’ who have been belittling the significance of Sikh gurus.

He said Akal Takht had also taken strict notice of Lakha Singh, a self-styled godman of Rajasthan’s 8 LLB near Pili Banga. He said Lakha had been equating himself with Sikh gurus. “When I came to know about him I went to Hanumangarh to warn people against his defamatory propaganda against Sikh gurus,” the jathedar said. He informed that president of Sri Guru Granth Sahib Satkar Committee, Balbir Singh, along with his team went to Lakha Singh’s village and have procured sufficient proof in the form of CDs and photographs featuring Lakha misleading gullible people on the names of Sikh gurus and equating himself with them.

He said that he himself had talked to SSP, Hanumangarh who had assured to take required action.

He said Sikh clergy would summon Lakha Singh at Akal Takht for taking religious action against him. The jathedar also took notice of Delhi resident Jatinder Singh Sayali who had filed a petition in court against Akal Takht’s directives with respect to the erection of memorial in Gurdwara Rakabganj. He said anyone challenging the authority of Akal Takht wouldn’t be allowed to go scot-free. “Sayali will be summoned at Akal Takht soon,” he said.

Giving his reaction on the conviction of Ajai Singh, son of former jathedar of Akal Takht Giani Puran Singh in Canada, the jathedar said the Ragis or Sikh preachers going abroad or anywhere should give due honour to women and not indulge in activities that brings shame to the whole community. He also advised SGPC to give contract of fireworks show only to that contractor who would ensure pollution-free fireworks show on the occasion of Diwali for the sake of environment of the holy city and protection of Golden temple.