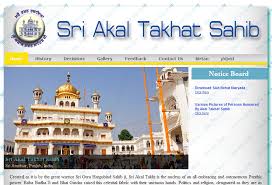 Amritsar, Punjab: Even as relief and rescue operations continued in the Garhwal hills of Uttarakhand in the wake of flash floods, the Akal Takht on Tuesday appealed to all Sikhs to come forward and extend help to the survivors in whatever way they could.

“As the Sikh gurus have always preached the concept of ‘sarbat da bhala’ (welfare of all), it becomes our duty to help those families which have been uprooted from their homes due to the flash floods or those who have lost their near and dear ones in this disaster,” Akal Takht Jathedar Giani Gurbachan Singh said in his message to the community.

The Jathedar was addressing a gathering in the Golden Temple complex after participating in the ‘bhog’ of the ‘akhand path’ held in memory of those who had perished in this disaster. Prayers were also offered for the speedy recovery of the injured and for those who were still trapped and waiting to be rescued.

The Jathedar said that in this hour of crisis “we must rise above caste and religion and render help to all. We must abide by the ‘sarbat da bhala’ concept propounded by the gurus.”

At the conclusion of the ‘bhog’ ceremony, ‘ardas’ was performed by Harmandar Sahib head granthi Giani Mal Singh. The Jathedar asked the Shiromani Gurdwara Parbandhak Committee (SGPC) to continue with its relief and rescue work in Uttarakhand.

SGPC chief Avtar Singh Makkar has announced the creation of a special Rs 1-crore Uttarakhand relief fund corpus for helping those who had lost their near and dear ones in the disaster and also those injured.

Makkar said that the SGPC would continue with its relief work in Hemkund Sahib and other religious places. He pointed out that community kitchens were organised by the SGPC teams at different places in the disaster-hit areas of the hill state. Besides, a medical team was also out to help the injured and distribute medicines at Srinagar.

He pointed out that the SGPC had always come forward to render assistance to victims of natural disasters. He made it clear that ‘langars’ in the affected areas would continue for as long as required.

All SGPC employees and even those working in institutions run by the religious body have decided to contribute one day’s salary for the Uttarakhand flood survivors.

Previous: White House Holds Second Briefing on Sikh Civil Rights Issues
Next: Resolutions passed by Sikhs from across Europe at the 25 June Conference in the European Parliament