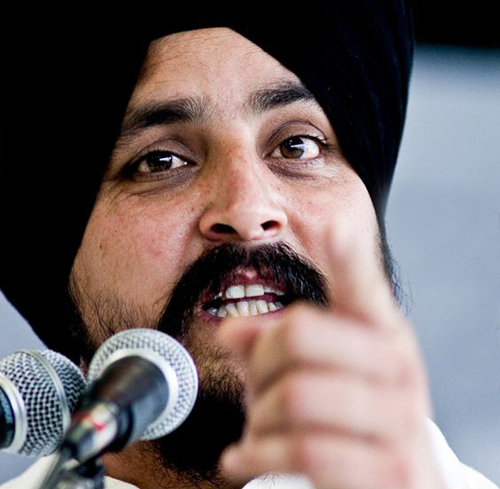 Sikh Sangat in large number has spoken to committees of various Southern California Gurdwaras regarding the scheduled tour of Missionary Sarbjeet Singh Dhunda. The Southern California Singhs requested Buena Park Gurdwara, Khalsa Care Foundation and Vermont Gurdwara Committees to not invite the controversial preacher (bulara) who is preaching against existence of Hamkunt Sahib, meditation of naam simran, and authenticity of Dasam Granth Sahib. Singhs had meetings with the above three committees a week prior to the scheduled programs. The meeting held with Committee on Sunday at Buena Park Gurdwara reached to three options

2) have Singhs discuss with Dhunda and

3) a protest will take place.

Singhs reached Buena Park around 6pm for evening diwan to discuss with Committee. The committee welcomed Dhunda to the Darbar Sahib despite its initial promise to not allow him to speak until a discussion took place with Singhs.

A protest in the form of naam Simran was started by majority of the sangat that did not want to listen to Dhunda. His supporters, heavily outnumbered, however were being aggressive and wanted to have him speak regardless. It is said that many of the committee members adhere to Kala Afghana ideology and support Sarbjeet Singh Dhunda. Both sides remained adamant about their views and this led to a big scuffle, where dastars of two Singhs and one committee member were ultimately removed and police was called to remove the Sikh Sangat from the darbar hall. When police arrived, Guru Granth Sahib’s Sukhasan was done. After police took out the Sikh Sangat, Committee decided to do parkash again and have Dhunda preach. The Gursikhs had forewarned the Buena Park Gurdwara of consequences. It has been learned that police was invited by supporters of Dhunda.

The Khalsa Care Foundation is also amongst one of the Gurdwaras in Los Angeles that had invited the missionary speaker, however after speaking with local Gursikhs and going over much of the blasphemous proof, the management was quick to cancel Dhunda’s programs for the New Years Eve.

After his tour of Southern California, Sarbjeet Dhunda is planned to speak at three Central California Gurdwaras, Gurdwara Sahib Stockton and Fremont. It has been learned that Stockton Gurdwara committee has already cancelled the program while Fremont Committee is being apathetic to the most part. If the committee ends up not cancelling the program here, they would expect a big backlash by the local Sangat which is anti-Dhunda to the most part.

The four Gurdwaras in Central California are known to have supported Kala Afghana ideology from a long time. These Gurdwaras are always willing to benefit from controversial speakers as they bring with them a big hoard of people who are only interested in listening to gossip and controversies.

Previous: Sri Akal Takht Sahib honours Bhai Satwant Singh and Bhai Kehar Singh
Next: Are We Missing The Point By Fighting With Eachother 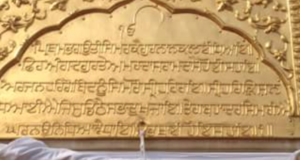 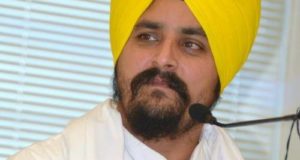