After 72 Years, Sikh and Chinese Troops to Fight Together

Comments Off on After 72 Years, Sikh and Chinese Troops to Fight Together 1,042 Views 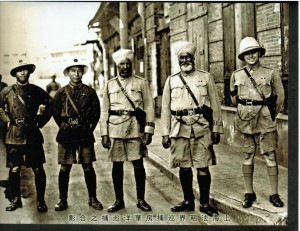 Amritsar, Punjab: India’s joint army exercises with China in early November may be a reunion of sorts for the soldiers involved.

Sikh troops will join forces with Chinese soldiers after around 72 years when the Indian Army and the People’s Liberation Army kick off joint counter-insurgency and counter-terrorism drills in southwest China from November 4 to 14.

In December 1941, Chinese and Sikh troops had fought together for the British against Japanese forces during the brief but brutal Battle of Hong Kong, as revealed by a study conducted by the Indian embassy in Beijing two years ago.

The colony fell to the ferocity of the Japanese assault in less than three weeks.

The army is placing high hopes on the 16 Sikh Light Infantry unit taking part in the exercises in Chengdu military region. It is the same unit that army chief General Bikram Singh had commanded when he was a colonel.

This will be the third edition of the Hand-in-Hand series of India-China joint army exercises. Each side will be represented by 140 infantry soldiers.

Sikhs have another connection with the Chinese. The British had hired Sikhs to police the Shanghai Settlement in the late 19th and early 20th centuries. But the Chinese despised them in this role.

Joint drills did not take place for nearly five years due to frayed bilateral ties.

The maiden exercises between the two armies were held at Kunming in China in December 2007, followed by another edition at Belgaum a year later.

However, military ties deteriorated after the then Northern Army Commander, Lieutenant General BS Jaswal, was denied visa to visit China in 2010, as he was responsible for Jammu and Kashmir, a state that Beijing maintained was disputed.

The latest exercises come at a time when India is negotiating a new border framework with Beijing as a step towards resolving the niggling territorial dispute that has plagued bilateral ties.

The decision to go ahead with the joint drills this year has put to rest fears that the vicious cycle of Chinese incursions could come in the way of mending military ties.