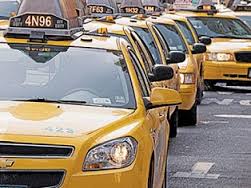 Chandigarh: Four men have been arrested over the assault of a taxi driver at Henley Beach last month. The driver, Manbir Singh (24), was allegedly punched near the Ramsgate Hotel at Henley Square about 3.45am on Saturday, November 16 and suffered serious facial and eye injuries.

At one stage it was feared he would lose sight in one of his eyes but he has since regained vision, police said. Two other taxi drivers were also allegedly assaulted.

They have each been charged with aggravated assault causing harm and will appear in the Port Adelaide Magistrates Court next month. Taxi Council SA President Jim Triantafyllou called on the courts to send a message when people are found guilty of assaults against taxi drivers.

“Please do the right job and make sure that the public do get the message that assaulting a taxi driver is unacceptable. Give them the maximum penalty available,” he said.

“It is frustrating that the public think they can go out, have a few extra drinks and it gives them the right to assault a taxi driver,” he said. Transit Services Branch officer-in-charge Chief Inspector Ashley Gordon said CCTV vision from the taxis, coupled with additional video footage from a quick-thinking witness, had led police to the suspects. “All the men were drinking at the time and they all played various roles in these assaults,” he said.