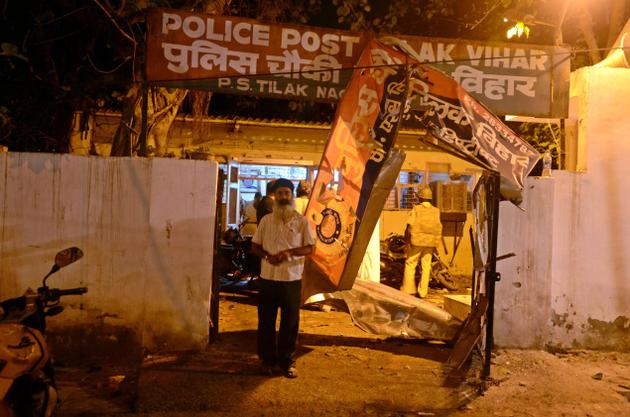 Comments Off on 22 injured in Sikh-Balmiki clash in Tilak Vihar; 8 Sikhs injured by gun-shots 629 Views

New Delhi: As per information available with a serious clash took place between Sikh and Balmiki communities in Tilak Vihar area of Delhi in which 22 persons from both sides were injured. S. Jaswinder Singh, a local journalist, told that on 15 August people use to fly kites in Delhi.

A view of Tilak Vihar area of Delhi where the tension erupted on 15 August, 2013

Initially a minor scuffle took place between Sikh and Balmiki children over flying kites but later the matter took serious turn. The families of the children approached the local police post from where the situation went out of control as the people began to polarize in Sikh and Balmiki groups.

S. Jaswinder Singh, who is press reporter with the Sikh Channel, told that 22 persons from both sides sustained injuries, of which 8 persons, all Sikhs, received gun-shots.

Local Sikh residents reportedly told Sikh Channel that police and members of the Balmiki community opened fire at the Sikhs.

It took around 3 hours for police to control the situation. S. Jaswinder Singh confirmed that the police fired tear-gas shells only on the Sikhs. Police force from other areas has also arrived at Tilak Vihar and Section 144 of Criminal Procedure Code (Cr. P. C.) has been installed in the area.

As per information local politicians and Delhi Sikh Gurdwara Management Committee members have been visiting the affected locality.