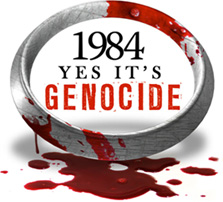 New Delhi: More than 28 years after the horrific massacre of Sikhs across the country in the wake of the assassination of former Prime Minister Indira Gandhi on October 3, 1984, the lawyer for the families of the 1984 genocide victims will conclude their arguments in the case.

It is a crucial day for Congress leader Sajjan Kumar, who was charged by the CBI for inciting violence during the genocide. The CBI concluded its arguments last week.

Mr Kumar, along with five others, is facing trial for allegedly inciting a mob to kill Sikhs in the Delhi cantonment area. This is one of the three cases against Mr Kumar, who is a former Congress MP from Delhi.

The five others who are facing trial for their alleged role in the killing of six people in the Delhi cantonment area are – Balwan Khokkar, Kishan Khokkar, Mahender Yadav, Girdhari Lal and Captain Bhagmal.

In 2010, the Supreme Court had refused to quash the charges against senior Mr Kumar and said the trial will continue against him.

Mr Kumar and the five others have been charged under Sections 302 (murder), 395 (dacoity), 427 (mischief to cause damage to property), 153A (promoting enmity between different communities) and other provisions of the Indian Penal Code or IPC.

While more than 8,000 Sikhs were killed across the country, 3,000 were massacred in the capital. Only 30 people in 12 murder cases have been convicted. Politicians and policemen allegedly involved in instigating and abetting the riots are yet to face the law.

Recently, the court had pulled up the CBI for failing to conclude its arguments and taking too much time. The court said if the investigating agency failed to complete its arguments on the next date, it would go ahead and deliver the verdict without giving the CBI another chance.

Ten different commissions and committees have looked into the 1984 genocide in last three decades. Seventy two police officers were identified for connivance and gross negligence; 30 of them were recommended to be sacked, but no action was taken.