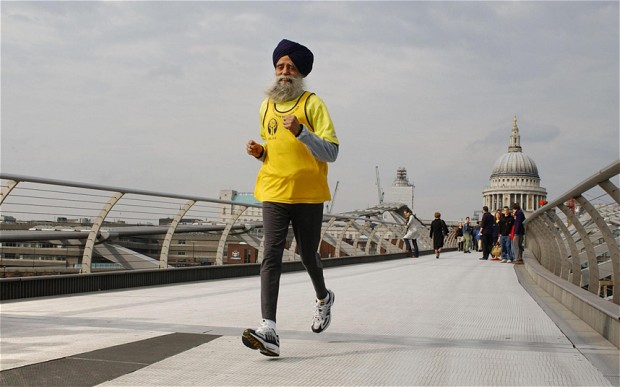 London, UK: A 101-year-old British Sikh regarded as the world’s oldest marathon runner will quit after one final run at next month’s Hong Kong race. Punjab-born British national Fauja Singh admitted age was finally catching up with him and he had decided not to compete after the Hong Kong marathon on February 24, five weeks before his 102nd birthday on April 1.

“But I will keep running for at least four hours daily after that,” Mr Singh, who lives in Ilford, England, told the Times of India newspaper during a visit to his home state of Punjab.

“Running is my life. I will keep running to inspire the masses.”

Singh, dubbed the ‘Turbaned Tornado’, took up running marathons at the ripe old age of 89 and has been credited with competing in eight 26-mile races in London, Toronto and New York.

He finished his fifth London Marathon last year in a time of seven hours and 49 minutes and was honoured by being invited to carry the Olympic torch.