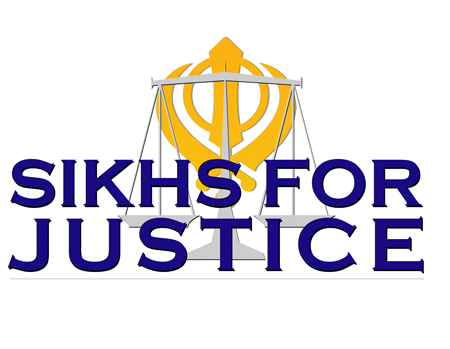 As the Sikh voices for justice get louder all across the globe, especially in Punjab, many mainstream media outlets in India and the western world seem more confused than ever. They just don’t get why Sikhs are upset with the nation state of India and why they want to protect the life of Bhai Rajoana. Yes, those who hold anti-Sikh believes have pounced on the story of Bhai Rajoana and viciously tried to keep the story to a one dimensional level of an “evil terrorist” Vs a “passive India”, but any reasonable person recognizes racism when they see it.

But as Sikhs, we are also confused. I find many Sikhs asking each other, why don’t they get it? Upon becoming independent, the Indian state broke ALL promises it had made to the Sikhs. And if that wasn’t enough, in 1947 a process of dehumanization of Sikhs started. Under the direction of Prime Minister Nehru, Chandu Lal Trivedi issued a directive to all Commissioners in Punjab to the effect that the ‘Sikhs in general must be treated as a criminal tribe. Harsh treatment must be meted out to them to the extent of shooting them so that they wake up to political realities.’

In the 1960s when Sikhs fought for the right to have their children learn Punjabi in school, we were called traitors to Hindi and India. When Punjab was redistributed, India violated its own laws and took control of our water rights. Then they violated International Water Treaties and National Water Treaties and started to illegally divert our water away from Punjab, this still continues today.

In the 1970s when Sikhs formally put forward a resolution to address the injustices inflected on us, we were called secessionist. Yet all we asked for was that Sikhism be recognized as an independent religion, like it is all over the world. And that if India calls itself a Federation, then truly govern as such. Allow the state governments to make their own free decisions, not only Punjab but all states. Interestingly, India still refuses to recognize Sikhism as a religion.

Have spent the last 30 dehumanizing Sikhs, India now prepared for the 1980s, where the genocide begins. Every Sikh knows who killed them. Though India has tried to sell the story, and to some extent successfully, that the Sikhs killed innocent people and reluctant India had to stop them. Ask any Sikh around the world or in India and they will privately tell you how India butchered their families, destroyed their property, and to add insult to injury promoted the genocidal killers as heroes and gave them political positions of power.

Even now, no person has been executed for the killing of Sikhs during the genocide. People like Kishori Lal, aka the Butcher of Trilokpuri who physically murdered over a dozen Sikhs with his butcher’s knife, are deemed ‘safe’ to society and are granted bail.

India creates Laws like the TADA act to ‘legally’ murder Sikhs. One wonders, had the UN and international community not stepped in, would India have ever removed this law that states the onus is on the accused to prove their innocence, not the police to prove their guilt?

And after an entire generation was wiped out, from 1984 to 1996, how could the next generation of Sikhs stay silent? Today we see the Friends of Syria send arms and money to the rebel fights fighting against a government they deem unjust and a violator of human rights. Are they terrorists too?

No nation or people have a monopoly on dictating who is oppressed and who isn’t. The indigenous people are the ones who know if they are oppressed or if they are given liberty and freedom. If ALL of Punjab today is standing up for Bhai Rajoana, then who was he terrorizing? More to the point, why is India sending in over 100 000 paramilitary troops into Punjab, due the Sikhs of Punjab not have the same rights as Ana Hazare?

And then they wonder why Sikhs are upset.

2012-04-06
SSNews
Previous: Bibi Jagir Kaur still getting VVIP treatment in jail
Next: What’s up with the anti-Sikh bigotry, Time Magazine?