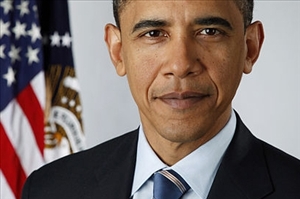 Washington,USA:  A White House petition seeking recognition of the November 1984 anti-Sikh violence in India as “genocide” has crossed the threshold of 25,000 signatures for receiving a response from the Obama administration.

The petition urging the Obama administration to fulfil its obligation under Article 1 of the UN Convention on Genocide by recognizing the Nov 1984 violence as “Sikh Genocide” was launched for signatures Nov 15 by Sikhs for Justice (SFJ), a New York based rights organisation.

The petition alleges that during Nov 1984 the Congress Party leaders organized and perpetrated violence against the Sikh community resulting in more than 30,000 killed. The systematic violence against Sikhs has always been portrayed as anti Sikh riots, it said.

The petition which has gained the support of “Voices for Freedom” (VFF), another Sikh rights group, and support from Gurudwaras across the US has already been signed by more than 27,000 individuals, SFJ said.

SFJ aims at seeking prosecution of those involved in 1984 violence in the international courts.

Previously, the rights group has filed petitions before parliaments of Canada and Australia for recognition of Nov 1984 killing of Sikhs as “genocide”.

United States, Canada and Australia are signatories to UN Convention against Genocide and also have domestic laws declaring intentional attack on a religious minority as “genocide”.

To elicit a response from the administration a White House petition must gather over 25,000 signatures within a month.